BBB Rating
A+
BBB Rating and Accreditation information may be delayed up to a week.
Payment method
amex, discover, mastercard, visa
Location
The Festival at Sawmill
Neighborhood
Don Scott
Other Link 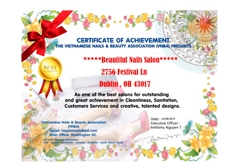 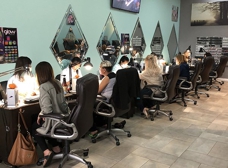 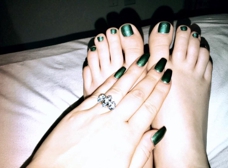 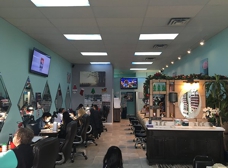 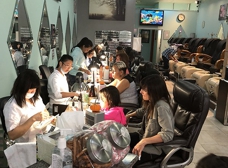 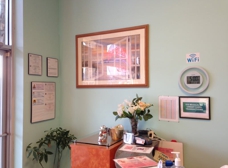 Loved it and will definitely go back! I love their staff. The owner is and her staff did my nails today. I've never had a manicure before so I didn't know what to except at first but after seeing the results--I'M IMPRESSED. Loved the results and their service.

This place is great! All the ladies do a decent job but I think a girl did my nail is the best! She does it all! I get a full set and pedi by her and she does a great job! I usually go on my lunch so I only have an hour and she is fast but still does fantastic!

I absolutely love this gem! All of the women here are so kind. They pay great attention to detail when doing my nails and always make them look amazing. And the gel manicures always stay for 2+ weeks! Always worth the money and you'll always want to come back!

This was a really great experience. I got a gel manicure. The service was great. The place is clean and cute. Me and my cousin got water bottles from the receptionist. My cousin said the massage chair was nice. :) Our nails were perfect. Keep up the good work ladies!

I brought my girls in to do a special mother-daughter back to school date. It was the first time my girls (ages 10 and 12) had a manicure and pedicure, and it was a magnificent experience. The staff went over and above to make them feel like queens (I personally love that they give a free drink and that everything is so clean). Our girls couldn't stop talking about how wonderful it was and how well their nails turned out (it's a week later, and our nails are all still going strong). The staff even let them choose a simple design to put on an accent nail, and it turned out AWESOME. The day was truly magical, and I think we all decided it needs to be an annual tradition (we brought my mother-in-law and she and I both got a manicure, too). We definitely will look forward to coming again!

they are going to change the ownership on July, the new management will be great, because I knew the new owner, good place to do ur nail there.

DO NOT GO HERE

I went there for the 1st time last week because the person I went to for 8 years moved away. I have gel nails. Normally these are to be soaked off. The person who did my nails, soaked for a few minutes but then used the drill for acrylic nails and sanded them off. In the process, sanding off the top layer of my nails.

After that they put the least amount of gel nail polish onm. It was extremely flimsy and not one of the premiere brands shown on their site.

Within 6 days half of my nails broke. I have only broken 3 nails in the past 2 years!

I have had to cut down all my nails and are now regrowing them.

Just the best. Beautiful Nails in Dublin is certainly one of the best nail salons that I have seen around here! Technicians are nice, friendly, professional and very good at what they are doing. I have seen they added new ""experts"" to their staff recently! Thanks to Christy, the manager, for all the Karma stories that I learned from her. I certainly will come back for more services! This place is very convenient and one of the very few salons that follow medical standard in sterilizing their equipments.

I scheduled (2 days in advance) mani & pedi for 5 people on a Sunday afternoon. I asked if they could accomadate all 5 as it was a birthday....I was told yes...This is how it went....one person did 3 pedicures. and 2 techs did the other 2. The guy who did the first three did all of them within one hour. We sat with cold water waiting, although they did change it once. One person had a basic which took about 20 minutes..The second got a 30 pedicure + $5 for a razor cut and it took all of 20 minutes...I got a delux with 2 massages, hot rock treatment, a masque etc etc...It was $35+ $5 for razor cut...That one took all of 17 minutes....I was somewhat shocked that it was no more than a basic that he put some extra stuff on and wiped it right off (maybe that was the masque) the hot rock was once down each leg one time...The other mani pedi for a child was fine. My daughter who was turning 21 had another person do her pedicure who did 2 peoples nails while doing the pedicure..she would put her in water and leave 5 minutes - then add something and leave another 5 minutes..this is after not starting hers until the rest of us were almost done...I had a fill, that is now chipping 3 days later - that took all of 15 minutes...My daughter wanted a mani with shellac and since it starting getting very busy, they told her to just get the shellac...it looked terrible with out the manicure...the other 3 manicures were fine...what i realized was they had some groupons going...it got very busy with groupon customers....I felt they were very nice and did thier best - but for $260 + tip, it was not such great service.... sorry, but it more or less was not a great experience...when i told the owner that my $40 took 17 minutes, she said she would do it herself next time...If they really could not accomadate us, they should have said so and we would have gone elsewhere.

I love this place! Christy is awesome. I’ve been going to Beautiful Nails salon for the past several years and I’ve always enjoyed my experience. The two Caucasian nail techs are very nice, fun to talk to and do an excellent job. The prices are reasonable and walk-ins are always welcome. They have more experienced technicians now. I have found super great Solar Nails, Pink & White technicians there. You’ll never want to go anywhere else again after visiting Beautiful Nails salon!