Affordable auto service you can trust. Contact us today/

General Info
Our repair shop was established in 2012 with a desire to provide comprehensive car services at a low cost. The licensed technicians at Xpert Car Care have years of combined experience that make our garage great. You can bring your vehicle in for anything from repairs to maintenance to installations. There's nothing we can't handle.
Hours
Regular Hours
Payment method
amex, cash, check, discover, master card, visa
Neighborhood
Pembroke
Other Link 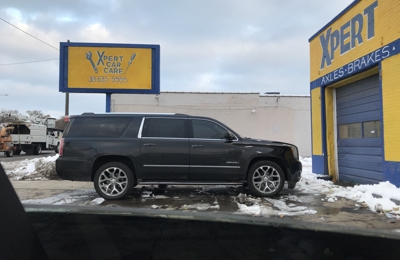 Details11/22/2019
This company helped me with a commercial vehicle when the brakes failed when we were near their location. They promptly towed it in for us. We are in the same industry so the promptness was not overlooked. We appreciate your professionalism! Take care Jason! Good luck on your new journey.

I took my truck up there the end of august to get the transmission mount fixed....they called me and said my motor mounts where goin bad to, they said they would show me the bad parts so i said go ahead...when I went to pick my truck up they said they already got rid of the old parts...as soon as i pulled off the lot my vehicle was doing something new making a weird hard vibration when I put my foot on the break while in drive and it was still shifting hard when i put it in reverse which is why I took it up there in the first place ...i take it back the next day they said it was because the mounts where stiff give it a few weeks....a month goes by still the same issues take it back and they say the part was bad...so took them forever to get this part...I took it up there to be fixed on a Saturday morning and they tried to keep it for 2 days after they told me it would only take a few hours...i got it before they closed and it wasnt fixed, I finally just took it back up there for them to fix the bad part, upon picking it up my engine and transmission light was on...when it was dropped off it was driving perfectly I went to pull off the lot and my truck was not accelerating, I turned back around and took it back and they said the transmission is slipping and I have not had an issue with it. I feel I have been taken advantage of because I am a woman.