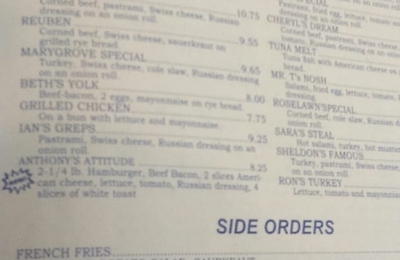 General Info
Welcome to Lou’s Deli an old fashion style deli which has been serv­ing deli delights to the Detroit area for over 50 years. Known as The Deli to it’s many loyal and satisfied customers. We take a great deal of pride making our homemade deli delights in our own kitchen with only the finest and freshest ingredients. We are committed to serve “Deli-cious” food at reasonable prices in a fast but courteous manner. We are turning back the hands of time to give you old fashion quality at old fashion prices. Unconditional guarantee: We will replace or refund any item that you are not totally satisfied with. Please help us give you the quality that you deserve.
Hours
Regular Hours
Logo 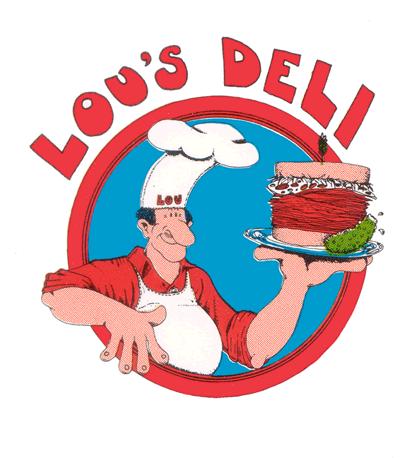 Great food! Best corned beef in the city. And the desserts are to die for.

Are you in the mood for some deli food? Well, what better place than Lou's Deli right here in Detroit!

When compared to other restaurants, Lou's Deli is moderate.

Depending on the deli food, a variety of factors such as geographic location, specialties, whether or not it is a chain can influence the type of menu items available. Here at Lou's Deli, you'll have options for Dinners, Burgers, Salads, Sandwiches, and Beverages and more. From there, you can expect to choose from some of the best menu items like:

For a closer look at the menu items along with their prices, check out the Detroit Lou's Deli menu.

Being in Detroit, Lou's Deli in 48221 serves many nearby neighborhoods including places like Kettering-Butzel, Regent Park, and The Eye. If you want to see a complete list of all delicatessens in Detroit, we have you covered!

We hope you enjoy your experience at Lou's Deli delicatessens in Detroit, and please leave us your review below with YP.com!