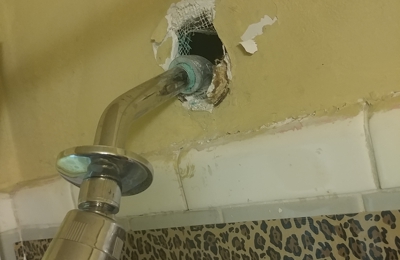 I have called cleaner after cleaner and couldn’t get any straight answers. I just had a few simple questions and concerns about my system, but it seems no one was willing to hear me out. That’s about the time I found Clean drain Dallas. Not only did they thoroughly answer my questions, but they resolved my problem without charging me a dime.

If i could give them no stars i would. Owner Al Bell came out gave me an esimate said he could get my drains clear and running. Next week he had a contractor come, Mike, who also brought along his cousin. This man couldn't even find the main drain. After i showed him, he ended up damaging the valve to turn it off. Somehow he increased the price saying i had more damage then first was said. After he left i noticed a pipe was like he tried to seal wit a bag.. He also left major gaps between the fixures. He came back out sealed the pipe and said he had to get so sealant for the fixure. Never came back. Drains are still backing up. Fixture still raggedy. Mr bell said he fired mike however would charge me more to repair what his contractor damaged and didn't repair. Currently in talks with the BBB. Ive added 4 pics of their horrible job

My drain was clogged In its basin. Detroit plumbing and drain services came and inclogged my drain for an affordable price

Very prompt plumbers.They did a drain cleaning for me and they charged me a lot less than the other companies.

I had a fantastic experience with these guys. They are very knowledgeable about drain and pipe services.

Had a great experience with this company came through and completed the task on time and was not as expensive as other companies.

These guys came through for me and did a great job. They showed me exactly where the problem was and fixed it very quickly.

Great plumbers! Would definitely suggest this company if you need any type of plumbing or drain cleaning job!