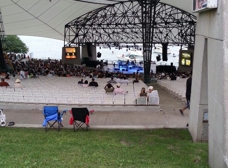 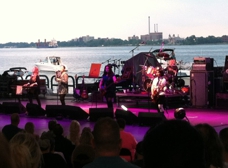 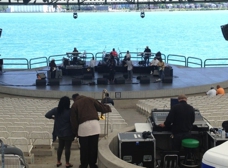 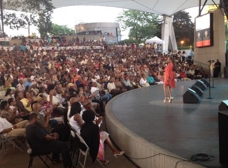 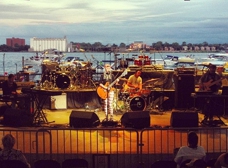 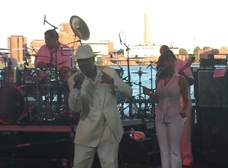 I've bought hundreds of tickets from Chene Park. So July 2010, when I was denied admission to a concert that I had tickets for, I assumed that Chene Park would rectify the issue by refunding my money or granting access to another concert. WELL, its over 1 year later and neither has been done. I've spoken to several employees, I've emailed, blogged on Chene Parks website and even faxed info over to supervisor Malik, who has yet to return any of my phone calls, answer emails or respond to the letters I've sent by postal mail. All this company does is sell tickets, customer service is not one of thier areas of expertise. The company, THE RIGHT PRODUCTIONS, who promote ticket sales for Chene Park, continue to blow me off by not addressing why my ticket was NOT REFUNDED, after I was denied admission into LAST YEARS CONCERT. WORD OF ADVISE, BUY THRU TICKETMASTER!!!! At least if you are denied admission, ticketmaster will refund your ticket. I will file a complaint with the BBB...I spent over $200 in tickets and was denied admission. I've even found cheap lawn seat tickets on line but when at the box office, have been told that those particular tickets are no longer available. This company is simply out for making money only, not customer service, helping the people, nothing more. I will purchase ALL tickets through ticketmaster. The only reason I did give them 1 star was becasue I had no option to elect "no stars".