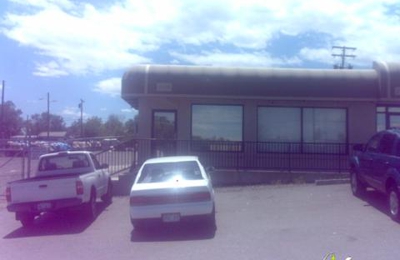 Whenever we order your services, you give us a time and have always stuck to that time. Also you can't beat the price.

My experience with Mile-Hi has been above average. I have had two scheduling problems however they were resolved. The quality of work performed was well above average and the price charged was reasonable.

I have used Mile Hi for years to aerate my yard. You always show up on time and do a great job. I recommend you to my neighbors.

very good, I have been a customer for about 7 years.

I would describe my experience with you as very positive and efficient. You always complete the services when you say you will. It is easy to book services online. Payment is easy to take care of by just leaving a payment under the mat. Thank you.

Was Very good. Showed up on time and performed the required service at the agreed to price.

Mile Hi aeration signs are all over the metro area. Give them a call, they do a great job for a reasonable price. They also offer other yard services like winterization and fertilization. They are easy to work with and get to your house quickly. Some may not like their grassroots advertising - yard signs and recorded calls about being in your neighborhood - but they are actually great reminders that it's time for some maintenance

I have been using Mile Hi Services aeration for a number of years and have always found the service to be reliable and professional. When the aeration service wasn't done the scheduled day it was done shortly afterwards without my having to contact the office.

excellent=job was done efficiently with much care to all the people going in and out. Never disrespectful to anyone including young ""helpful"" children

I appreciate the ability to schedule services online.

They came and aerated my lawn when they said they would and it was great. I've been using them for years, and never had a problem. I don't have to wait around all day for them since I don't have to be home. Very convenient! Highly reccomend!

I have always been satisfied with the service they are prompt and efficient I appreciate the reminders of when service is needed as well.

I was called by a scheduler to see if I was interested in service and was able to make the appointment that call. He was very pleasant to work with. The plug aeration was completed. I have been satisfied with the service I received.

Everyone was great, customer service to the service men.

We have used Mile Hi for about four years with no problems; however, recently we had a skirmish over several no-shows for window washing. Crystal at Mile Hi gave us a free window washing as a result of the hassle, which we think was MORE than accommodating and reasonable. We have used the company for aeration, fertilizing, window washing and have had no problems at all with the quality of work performed, and the price is very competitive. The office staff is harried more than dismissive, and although I exchanged some tense words with them recently, I also was very upset, and the ensuing, escalating angry conversation was as much my fault as theirs. Thanks Mile Hi. I have no trouble recommending your service.

We called them for gutter cleaning. They arrived a week late; no call, no excuses. They used MY hose to wash out the gutters and left the hose in the front yard. They left the gates open and didn't even try to avoid making a huge mess. The $90 this cost me will be the last cent they ever see from me.

I own several rental units and have used them for aeriation and carpet cleaning. They've lost my business for good. I work with 25 realtors in the south denver area and we often share the good and bad of these kinds of services. They'll hear about this one!

I called them to aerate and fertilize our lawn after hearing how they use 4"" plugs by using the heaviest machines out there! (radio ads). They came out, took the check they said to leave under the front door mat on the porch, put a sign in our yard and did nothing else. I called them back, they said they would show up and do the plug type of aeration as I was under the impression I would receive. They only came a removed the sign (after I bent it in all sorts of directions -- leaving it on my lawn for others to see -- I should have wrote all over it with a big magic marker ). I put a stop payment on the $79.00 check. As far as I am concerned, my check paid for a portion of their radio spot and the sign in my yard, nothing else. Avoid these rip-off artists like the plague! I've reported them. Terrible customer service and they don't do anything they say they promise in their advertisements. Talk about bait and switch advertising!

Like another reviewer stated, one star because I can't go any lower. I took a day off from work to wait for their ""service."" Nobody showed up even after I left several messages with the company. I e-mailed them and called them about the no show. Nobody bothered to return my messages and I never received an apology or explaination. However, they continue to leave me messages asking for more business even though I have told them numerous times that I want to be on their no call list. Zero customer service.

I'm glad so many have had problems with this company, Crystal at Mile Hi escalated the issue and blamed me. The owner, Maury (so I'm told), doesn't return calls. I had a problem with Mile Hi before and they were difficult to deal with. I didn't use them for a couple of years and decided to try them again, what a mistake!!!! They came out and only did my front yard, but they left a sign indicating ""satisfactory"" service, a note stating they had ""professionally completed the job"", and took the check. When I called to state they had not touched the backyard, I was first asked if the yard was locked. Then they told me, their employee had an emergency and had to go. I wonder how you can leave a note saying you completed the job, leave a sign and take the money, if you had to leave in a hurry. Why would the company not let you know this before you called!! Crystal is very very unprofessional and rude, and the issue escalated. I requested a refund of my money and have not received it. I did write on their sign and put up another sign stating not to use them. Mile Hi managed to see my signs but couldn't manage to complete the work. Not to mention that they never apologize or take responsibility for anything.

My sister had a problem with them and told me not to try them again, I feel so dumb. They never did her yard, stated they did it when she called them, then bugged her for several weeks to pay for a service that never occurred.

I have never met anyone who was satisfied.

If you want to take a chance of being one of 6.6% of satisfied customers, or one of 14.8% who said the company was average or above. At least take this advise: DO NOT PAY IN ADVANCE. DO NOT PAY UNTIL THE WORK IS DONE AND YOU ARE SATISFIED!!!