General Info
Since 1954, Lehrer Fireplace and Patio has been offering the Denver, CO area a gigantic selection of fireplaces, grills and outdoor kitchens. We also have all the patio accessories you could dream up to create an amazing backyard experience. Our family has dedicated helping you create the perfect outdoor experience for your family and friends. Come see everything Lehrer Fireplace and Patio has to enhance your outdoor experience, including:
BBB Rating
A+
BBB Rating and Accreditation information may be delayed up to a week.
BBB Accredited businesses follow the BBB Code of Business Practices and pay a fee for accreditation review and monitoring. Accreditation is not a BBB endorsement or evaluation of the business’ product quality or competency in performing services. 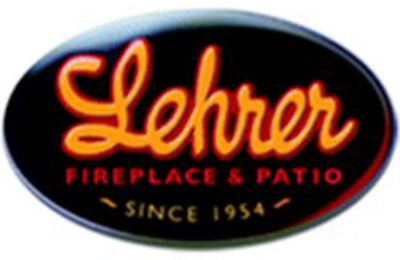 A big thank you for helping us with a fireplace problem last November during a snow storm. We were so grateful for your help!

NOT HAPPY, WE BOUGHT A KOZY HEAT CSK-335-RF GAS INSERT, CHASKA XL WITH REMOTE MODULATING VALVE. ON 02/02/2008. LAST WINTER IT WOULD NOT SAY LIT AFTER MANY ATTEMPTS TO LITE THE PILOT , THE PILOT WOULD NOT STAY LIT. AFTER ONLY USING THE UNIT MAYBE THIRTY TO FORTY TIME IN THREE YEARS. CALLED THE DEALER (LEHRER'S FIREPLACE AND PATIO) THAT I BOUGHT FROM AND THEY SAID SORRY THE WARRANTY RAN OUT. THAT IT WOULD BE $180.00 JUST TO COME OUT AND LOOK. I WAITED UNTILL THIS WINTER TO REPAIR THE UNIT.I REPLACE THE TWO THERMO PILES AND I WAS TOLD IT WAS A HONEYWELL GAS VALVE DEFECT,ITS HARD TO BELIEVE A HONEYWELL GAS VALVE WOULD GO OUT WITH THAT LITTLE OF USE.THAT THE MODEL HONEYWELL GAS VALVE WAS NO LONGER AVAILABLE. AND I WOULD HAVE TO PURCHASE DIFFERENT VALVE.FOR $ 575.00 THAT KOZY NOW PUTS IN THAT UNIT. AFTER SPENDING $ 2827.66.FOR A NICE GAS FIREPLACE AND THE THING WONT WORK AFTER ONLY THREE YEARS AND ONLY USED ABOUT FORTY TIMES I AM NOT VERY PLEASED WITH A KOZY PRODUCT,. THEREFOR I WILL BE POSTING ON THE INTERNET AND PERSONAL REFERENCE NOT TO BUY KOZY HEAT PRODUCTS. SINSE THE ARE NOT MADE VERY RELIABLE, AND TEND TO COST WAY TO MUCH TO UPKEEP. BUMMER.. AND NONE OF KOZY'S WEB SITES WOULD TAKE ANY OF MY FEEDBACK, SO I WILL COPY AND PASTE THIS LETTER ON ALL OF KOZYS SOCIAL WEB SITES.THANKS..GARY

DID TALK TO JOHN THE CUSTOMER SEVICE MANAGER AT 800-254-4904, HE DID EXPLAIN WARRANTIES, AND SUCH THINGS WITH A $2800.00 PRODUCT?HE ALSO SAID HE WOULD SEE WHAT HE COULD DO FOR ME. JIM LEHRERS TOLD ME THAT HE HAD TALKED WITH JONH AND A REPLACEMENT VALVE WOULD BE ON ITS WAY, THAT WAS OVER FOUR WEEKS AGO. STILL WAITING. WINTER WILL BE ALMOST OVER SOON. BEFORE ANY ONE BUYS A KOZYHEAT PRODUCT MAKE SURE IT DOES NOT HAVE A HONEY WELL GAS VALVE WITH A REMOTE CONTROL( JUNK ) NOT WORTH THE MONEY. CHECK AROUND. HOME DEPOT,LOWES MAY HAVE WHAT WOULD WORK BEST FOR YOU. IF YOU NEED JUST A PRETTY PIECE OF FIREPLACE INSERT TO LOOK AT THAT DONT WORK FOR $2800.00 CALL KOZY.. THANKS GARY

Been looking for a part all over town for my stove. They were able to order it in quickly

HORRIBLE cutomer service. I went in looking for a fire wood holder and when the sales person realized I wasn't going to buy anything because they were too expensive, he took off and wouldn't give us the time of day afterward. I ended up purchasing some fire starters and later realized they charged me twice. When I called to let them know what happened, the man that answered the phone was rude but said he would look into it and call me back. 3 hours passed so I called again to find out what was going on, the same man answered. When I told him who it was and asked why I hadn't heard back, the man said rudely, "that's because Paula hasn't broke free for me to ask her" and before I could ask anything else, he hung up. STAY AWAY FROM THIS PLACE!!!

Just got off the phone with Keith Lehrer, owner of the business. Bought THREE fireplace inserts (logs, the whole package), custom fireplace doors and the like from them over the years. Our most recent was a Kozy Heat insert (gas logs and associated parts), bought November 2009. Pilot just went out, and won't relight. According to Keith, the Honeywell unit that lights the system was defective: 20% of all units sold have by now failed. (When we bought it we were told by Keith and his staff that it was a top of the line product.) But now he tells us that Honeywell won't stand behind the product post- the one year warranty, and has stopped making the unit. What is Lehrer's prepared to do for us? FOR $500, they'll replace the pilot/igniter with one from another manufacturer!! That's $350 for the unit, plus $150 for labor--which they claim is their cost . He mentioned (and I kid you not) the cost of gas to send out a tech--but we live within 3 miles of the store! Says that they're ""taking a hit"" by selling the unit at cost rather than at their normal markup.

Now, the funny thing is that we shop locally-owned stores like Lehrer's thinking that service will be better than from a big-box store (and we try to do our part to make sure that locally-owned brick and mortar stores stay in business). But in this case, all Mr. Lehrer could say (over and over and over) is that the warranty has expired, and to they have no obligations to their customers. When I pointed out that they sold us a DEFECTIVE unit (and that we have spent lots of money there in the last two years), he just said ""yeah, but the warranty has expired.""

I don't know about you, but I expect that merchants will recognize not just their minimal legal obligations but will also feel some ethical responsibility not to sell JUNK (especially EXPENSIVE JUNK), and also to stand by their products when they learn that they've sold defective merchandise. In this case, no such integrity to be found at Lehrer's!