A & K Heating and Air

General Info
Dealing with a faulty air conditioning in the middle of Louisiana summer is never an ideal proposition. If you find yourself in this uncomfortable situation, make sure that you turn to Annison-Bitter Heating and Cooling, Inc. The company has been providing top quality residential and commercial HVAC services in Denham Springs and the surrounding areas for over 24 years. They are known for their professionalism, prompt response, and honest estimates. With their team of NATE-certified technicians who have over a century of combined experience, you can trust that all work is done right and performed up to code. From AC repairs to replacement systems including indoor air quality as well as customized design and build HVAC systems, Annison-Bitter is the right team for all your HVAC needs. Contact their team today to schedule a service. The company has a live representative available 24/7 to take your calls and respond to your request quickly and efficiently.
Email
Email Business
BBB Rating
A+
BBB Rating and Accreditation information may be delayed up to a week.
BBB Accredited businesses follow the BBB Code of Business Practices and pay a fee for accreditation review and monitoring. Accreditation is not a BBB endorsement or evaluation of the business’ product quality or competency in performing services. 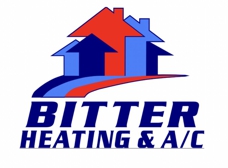 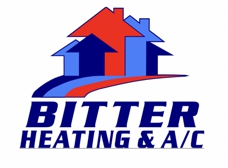 Great service, both on the phone and in person. Very professional and always very polite. I would highly recommend.

Excellent Service, wonderful customer service, They came out did the job and my air conditioner has never worked better. I would recommend this company too everyone. I have a small child and the heat outside is smothering; without Annison-Bitter coming fix the problem i don't know what I would have done. Great Price, Great Service I couldn't ask for better.

Thank you so very much

much too expensive. I called them out for a routine fix (water run-off was clogged) which was fixed very quickly, though I can't say he did the cleanest of jobs. Then as I followed him out to his truck trying to talk to him (he seemed very rushed) I asked if they also checked freon levels. Rather than answering me, he just grabbed the gauge and started walking towards the compressor in the back of my house. I realized that he was going to check the freon, and that was fine. What I didn't realize was that the three minutes it took him to hook the gauge up and say "pressure's fine" would cost me an additional $85. I really felt taken advantage of and would absolutely NOT recommend Annison-Bitter to anyone, friend or enemy. I'm sure there are more professional, fairly-priced air conditioner repair companies in Baton Rouge. I'll honestly admit that being rooked out of $85 more than ruined my day. :(