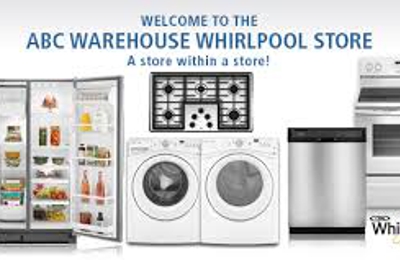 I was very satisfied with the level of professionalism that was provided during my visit. The employee took the time to listen to my needs before showing me different products. I was hesitate to shop for a new fridge because of all the headaches that come with it, but the employee made the process very smooth and painless.

Wife and I walked into this store with the full intention of buying a washing machine. Not sure if it's the store manager but some greasy dude kept fast talking and trying to get us to buy a more expensive model. This guy was the stereotypical, straight out of central casting sleazy saleman. He kept saying things like "If you don't care about quality then you can buy that one." He was borderline insulting us. I don't understand how he makes any sales. ANyway, we walked out and bought a nice $400 washer from Sears Outlet on Telegraph.

Would NEVER go back here, so we found this deal after browsing the web, went and checked out the mattress, the store manager David showed us the mattress, we explained to him our prerequisites and that we would buy it the following day, he promised that he would hold it and we could buy it over the phone the next day, since the sale would end soon. Neither did the sale end, nor could we book it over the phone, We tried to call twice, each time we got a bland response that he wasn't around. So we went back personally, and he refused that he had admitted to holding the mattress for us! What's more, he started saying ' What is the deal with you people', 'you'll do not wanna spend' using highly insulting language. He then started forcing us to buy a different more expensive mattress, which he refused to let us try out, and wanted us to buy it blindly! We drove 50 miles to and fro twice to this place, with nothing in return, In the long run I think it was a good thing since I would never want to possess anything from that store. One of my most disappointing shopping experiences. If I could give no stars, that would be my rating!

This is probably one of the better ABC stores in the area. Super nice staff and excellent service. The employees really know what they are talking about and try to fit your needs as best as possible. I've had great experiences with the portable electronics section, especially in the cameras section. They've even remodeled the place since I've last been there with new bedding & furniture around the place.

Longtime shopper here. Other ABC's are not the greatest.