General Info
We have been the Miami Valley's Source for transportation since 1993. We recently released the Anton's Transportation App that you can download from the Google Playstore or itunes. Enter promo code dayton1 and receive $10.00 off your first ride
Email
Email Business
BBB Rating
A+
BBB Rating and Accreditation information may be delayed up to a week.
Extra Phones 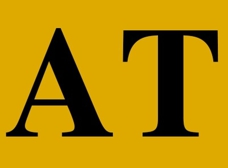 It's been a few years. But the experience I had the 3 times I have used them were awesome! The first time I used them, I had to get my daughter to the airport. She had an early flight. We had pre-arranged to use another company, but they never showed. I called them almost just about last minute. Not only did they say they would come, but they got my baby to her flight on time. I was so happy with them that I called them again about a year later when my same daughter had to move out of her dorm & come back home. We hadn't realized that she had accumulated so much stuff in just 1 short semester. But we ending up having to make 2 trips (not on the same day though). After the 2nd trip (about a month later!), we realized that my daughter couldn't find the small safe I had gotten her to keep all her important papers in when she left home. I swore that we had grabbed it & it just had to be in the house somewhere. But she was sure that she had left it in the taxi. Lol... I should have listened to her. Could've save us a month of looking for it. I ended up calling them to see if by some miracle chance we had left it in there. And by golly! The dispatcher said it had been sitting there just waiting for us to call. He was looking at the box as he was talking to me. I couldn't believe it. And then what was even more special than anything?? - The same driver brought it to us, because I didn't have a car at the time to go and get it. Now THAT is service!! Thank you Anton's for being a bright shining star for my family! We appreciate you!!!

They're very friendly and helping. They was able to accept my payment over the phone no one else would. They picked my grand mother up from the hospital and took her just a few miles up the street everywhere else I called refused. And what made me beyond satisfied is they called me back to let me know that she was home and made it in the house safe!

There so rude never calling them again .. Made a YP account just to leave a revew and I tried to take that 1 star back ����