A Company You Can Trust That Will Be Here Tomorrow

Call us today to schedule your appointment!

General Info
AAA Modern Air Conditioning is a company proud of its standing in the industry and community. Our goal is to provide prompt, courteous, cost-effective and professional air conditioning solutions. We know purchasing an air conditioning system is a major expense. When you are making this type of investment to your home or business, it’s important to get a quality air conditioning system along with a quality installation. It has been proven from Florida Power & Light that an A/C system not properly installed, will cost more money to operate. With over 50,000 A/C installations, AAA Modern Air has the expertise to do it right the first time and to make sure you get what you paid for. Before making your decision we invite you to come to our facility to see our operation and meet the management team. Thank you for the opportunity to serve your air conditioning needs! Services: Commercial Services. Installations. Parts. Sales
Hours
Regular Hours
Services/Products
Brands
Amana, American Standard, Bryant, Carrier, Climatemaster, Frigidaire, Goodman, International, Lennox, Rheem, Tempstar, Trane/General Electric
Payment method
amex, debit, discover, visa, cash, check, diners club, mastercard, financing available, all major credit cards
Languages
English, Spanish
Accreditation 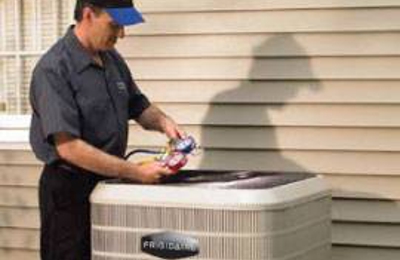 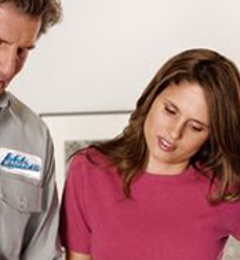 I have been a customer of AAA Modern Air for a long time and they consistently provide awesome service. I wanted to take the time to make a point how Victor took that customer service aspect even higher. I call Modern Air after hours on a Friday to tell them my AC was not working, and Tony advised that they would send someone out to my home. Victor arrived which was probably after a very long day for him and you would have never thought that. He took his time and made sure my AC was up an running as if he was servicing a family members AC, and I can not tell you how much that meant. THANK YOU SO MUCH Victor

This is our second time we had our ac serviced by AAA Modern and was blown away with the service we received. Coming from a backround in customer service I can say your company takes service seriously. Our technician Rosemond Jean is an asset to your company. Very polite, knowledgeable, and caring. Great Job Rosemond! We will recommend this company to family and friends.

I'm visiting my elderly mother in (Aventura, FL), and taking care of some things while I'm here, including maintenance on her AC unit. AAA arrived when they said they would, the technician was friendly, well-spoken, and honest! He told me not to invest a lot of money in the current AC unit because of it's age (which 17 years). I also inquired about a dehumidistat, because my mother was interested, and he told me that they cost about $150, but that we don't really need it. I appreciated that very much! Overall I am extremely satisfied, and I definitely recommend AAA.

Been with them 20 years. Always professional and fast. Ken seviced our unit last week. Very happy and cool.

AAA Modern Air is an great company. Very dependable and reliable. Our new service tech who I am going to request is Josh Kressin as he is AWESOME.

Our a/c unit iced up & shut down during the nice. Michael Maldenado from AAA Modern Air Inc came quickly the next day. He was knowledgeable, friendly, and efficient. He took care of the problem, gave us options to choose from, and didn't try to pressure us into a specific option. We're very pleased to recommend AAA Modern Air to others and will use them ourselves in the future.

came home from work and the house was extremely hot the ac was not working called AAA Modern Air and they sent out a nice gentleman Eric G out and he was polite, friendly and answered all my questions was very happy with the service would not go anywhere else can't find service like this

AAA Modern Air was recommended to me. I am so glad to know about them as their service was wonderful. Junior arrived promptly and set to work assessing my old A/C. He explained what he was doing and what effect it would have improving performance. I decided to sign up for the 2x/yr inspection and service. You can believe I will contact them when this unit dies as their service and personnel are exceptional.

I have been a customer with AAA Modern Air since 2010 and I just had my 6 month Preventative Maintenance checkup. Chance S. was my Technician, and he was extremely professional and polite, something I come to expect from Modern Air from their Technicians and again with Chance I was not disappointed. When I asked questions he took the time to answer them, all along with a smile in his voice and on his face. Excellent Customer service was provided by Chance. Thank you!!

This is the second time we use this company for AC problems. They did not disappoint us. They provide reliable and efficient service. They are on time, call you to let you know when the tech is coming. They diagnose the problem quickly and the prices are very reasonable. The technicians and professional and friendly and very thorough. I recommend them highly!

AAA Modern Air turned what could have been a nightmare into an experiance that redeemed our faith in using a local business. They rewarded us for being loyal customers and gave us service that was above and beyond anything we have encountered in many years. We will be singing their praises and recommending them to all.

What a great company! Bob, the technician, was wonderful. Louie, the dispatcher, gave me a same-day appointment and called me when Bob was 30 minutes away. I am so glad I called AAA Modern Air... you will be too!

I called on Tuesday because my A/C was apparently failing. Still worked, but was making weird sounds and didn't cool as usual. I spoke to Louie and he said the first appointment available was Friday morning from 9 to 12. I agreed. I called 9 AM on Friday to confirm they were coming. I was told by a lady that I was the 3rd appointment scheduled. I then waited, waited, waited. 11:45 AM got a call fro Louie to tell me he was "trying to help other customers" and he cancelled my appointment. Said he could send somebody later in the afternoon (until 6 PM) but not in the morning. First time in my life than an A/C Company cancels an appointment at the last minute.

I was super upset and intended to never use this Company again. Around 3 PM I got a call from Tony, the Supervisor, who apologized and told me that things happen...they got backed up and Louie thought that my issue was not so urgent. But added that he wanted to make it up to me. So he was going to send the best technician...the supervisor technician, and since my unit was still under warranty he would take care of everything at no cost.

Mike came at about 6 PM. Mike seemed to me extremely competent and knowledgeable. He used several instruments to check temperatures and pressures. He checked the Compressor and the evaporator. He noticed that there was in fact an issue with the A/C but said it could be several things. He called Tony and then told me that they decided to change the evaporator coil for a totally new one, at NO COST to me.

The next day Mike came at around 1:30 PM and worked very hard for maybe 4 hours. At the end I had a brand new evaporator coil. He didn't even want to accept a tip. The unit was now working perfectly and I had to pay nothing. Furthermore, earlier that day Tony told me that because of my initial disappointment not only I would not pay for anything, but he would also add one more year of a $150 maintenance program for free.

CONCLUSION: This Company initially made a mistake, but they surely solve the issue to my complete satisfaction and then some. I now highly recommend this Company. If you have any problem, call them and ask to talk to Tony.

AAA Modern Air stands behind their product with prompt service. Someone always answers the phone, you don't have to go through a string of voicemail prompts. I purchased a new unit from them and did experience some problems but AAA worked to resolve them in a timely and professional manner. My technician is Eric and I give him a FIVE star rating, he always goes above and beyond to make sure my service call is completed to my satisfaction. He gives his full attention to his job and I feel confident that he will do what he says he is going to do without taking any shortcuts and that my unit is well maintained.

Timeliness - Initially disappointed as I had phoned Tuesday afternoon, for a Wednesday morning appointment, but was told Wednesday morning it would take place late in the day. However, once the AAA rep arrived, I was very pleased with the work. The AAA rep was pleasant, knowledgeable, and appeared to have my best interests at heart when discussing issues to resolve between the roles of the roofing contractor and AAA. He was efficient, and did a couple of minor "fixes" beyond the regular maintenance appointment. I would recommend this service to anyone needing work on central A/C systems.

Timely, Honest, Extremely professional. I have been doing business with AAA Modern Air for replacement units and repairs on my home and business air conditioners for many years. I am always satisfied.

Wow!! I never write reviews but I had to share my experience with this company & this technician in particular. I have a 10+ year old a/c unit that needed servicing. I was sure that I was going to have to replace it. Not only did Eric fix it for me, the service was reasonable, quick, reliable, and honest. I have never had this quality of service from any company before on something that most companies tell you that your item needs to be replaced. Another company made me believe that I needed a new unit. Luckily my friend recommended AAA Modern Air. Thank goodness for them!! This company saved me a TON of time, money, and headaches!!!! Great company! Great tech (Eric)!!!! He's honest & thorough. 5 star service @ a fraction of the price of other companies!!

Buyer beware. This company writes their own five star ratings on rating websites including YP.com. Just be sure to get quotes from other companies, especially on repairs!