“Surf the City and Save”

Services/Products
Visit our Dallas Toyota Dealership if you are looking for fantastic prices, extraordinary service, affordable parts and accessories as well as the most up to date rebates and incentives. At Sport City Toyota, our primary goal is to provide the best customer service experience for all of your Toyota needs. We are conveniently located near downtown Dallas and serve the greater Garland, Mesquite, Rockwall and Richardson areas. Please visit our website to view New and Used car inventory, order genuine Toyota parts and accessories and schedule Toyota service and maintenance appointments and view new and used Toyota specials and incentives. We have highly trained Toyota vehicle specialists able to answer questions and give advice on buying a new Toyota car and making it last!
Brands
Toyota
Payment method
all major credit cards, financing available, check, amex, carte blanche, company card, diners club, discover, jcb, mastercard, visa
Neighborhood
Northeast Dallas
Other Link 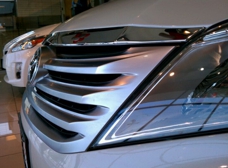 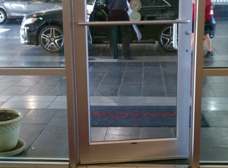 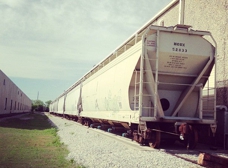 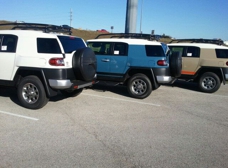 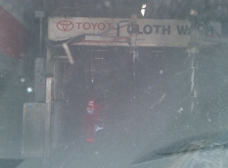 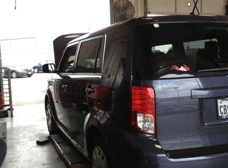 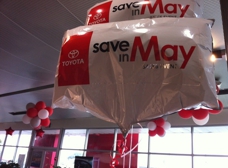 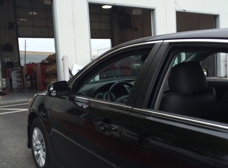 Stunning bait-and-switch by jeff jones who told me the new dynamic radar cruise control in the 2016 Camry did not work because the sensors were behind the front grill and got covered in bugs, rendering them useless. Amazing performance to sell the one on the lot instead of the one i called looking for and went in to test drive. I caved after an 8-hr hostage situation that lasted until closing. The GM of sales, gary gray, assured me later that this was a misunderstanding and he would make this right. He said he would order me the car that i wanted and i could drive the one they sold me and pay $2100 additionally for the AT package when the new car came in. What he failed to mention was that I would be penalized for his staff's delay in ordering the new car as costs increase in 7 months! Easy for him to renege on his promise to me. Apparently he too has mastered the art of lying and in addition seems to have contracted amnesia on our deal. Misogyny at its best!

Sports city Toyota tried to rip me off my trade in. I have A kia optima with only 87,000 miles on it brand new tires and excellent condition and they wanted to give me 2,000 for my trade in. Note- most cars that sell for 2,500 have nearly 200,000 miles on it and in bad condition and on top of that when I went to leave they left the key to my car at the used car lot and I had to walk all the way over there in the rain and get it. To try and make money on my car and there car an't going to happen. What A joke.

I had an unbelievable experience! Sam & Tim have gone beyond the word customer service. I will and do recommend you guys to everyone I know. Toyota goes beyond customer service they make you feel like you are a part of their family.

Carolyn, thank you so much for taking the time to let us know how we're doing. It is wonderful that Sam and Tim have exceeded your expectations, and we sincerely appreciate the kind recommendations you have given us. On behalf of everyone, we hope that you are enjoying your new car and we look forward to seeing you again in the future. Find us on Facebook and Twitter for additional online savings and promotions.

This listing has been claimed by a business representative.
Helpful(0)Flag
aaron

I bring my car to John Eagle Toyota because the service here is great and I always get coupons too :)... When I got here I was offered free wi-fi which allowed me to go through my morning emails while I waited. They always complete all the requested work and its always completed on time.

Aaron, thanks for sharing your experience with us. Customer satisfaction is a top priority so we are very glad that we have reached this target with you. We would love to help you with your next automotive need, and we look forward to seeing you in the future. Follow us on Facebook and Twitter to be kept updated, and to receive additional online savings. Regards, Justin Auchter, Customer Relations Manager justin_auchter@sportcitytoyota.com

This listing has been claimed by a business representative.
Helpful(0)Flag
herberthisfrogs

I love this dealership...All of the people are nice and friendly. The finance manager is so personable and professional. I use to work for a dealership and John Eagle tops them all!! They put their people first and it shows.

Herbert, thank you for your kind words. It's very encouraging to hear that you were satisfied with your last visit, and we are pleased to know that our team delivered top-notch service. We hope to work with you in the future, and if we can be of any more assistance, please do not hesitate to contact us. Be sure to find us on Facebook and Twitter for exclusive online specials. Regards, David Cruce, Customer Relations Manager dcruce@sportcitytoyota.com

This listing has been claimed by a business representative.
Helpful(0)Flag
maggiesuee

I feel everyone was extremely courteous, helpful, and friendly. It was a very pleasant experience - instead of being one to dread.

Maggie Sue, thank you for your helpful feedback. We strive to provide our customers with the very best service, and we are glad to know that we have achieved this with you. We would love to work with you again in the future for your next purchase or car servicing, where you can expect to receive the same outstanding customer care. Regards, David Cruce, Customer Relations Manager dcruce@sportcitytoyota.com

This listing has been claimed by a business representative.
Helpful(0)Flag
sashasia

The dealership is a ways away from my house but I continue to come here because everyone here is excellent and willing to go the extra mile to make sure that you are taken care of. I am a Sports City lifer!

Baron Dennis is one of the finest salesmen I have ever encountered. This is the third car we have purchased from him and we bring all of our family members to him as well. He is fantastic!

I was so impressed with my salesperson, Calvin Brown. Mr. Brown was ending his day when my husband and I stopped by. I had began my search for a new vehicle over 5 weeks ago and when I saw the vehicle, I knew my search had come to an end. The confirmation came when Mr. Brown gladly stopped on his way out to introduce himself and ask if he could be of assistance. He was so kind. My overall experience was excellent. I informed the team that I wanted a hassle free experience as I work 7 days and have very little time to spend negotiating cost. Calvin Brown had me go online and complete any applications to speed up the process and I was in and out in approximately 1 1/2 hours. I will definitely go here to buy my next vehicle and will recommend Calvin Brown.

Jeff Rushing is the reason I purchased the Avalon from this dealership. I honestly can't think of anything more they could have done to exceed my expectations!

Their sales person was wonderful and I love my new Highlander. Dana went over everything with me and explained all of the features in great detail (even though it was 100 degrees). He never complained nor did he try to rush. I really appreciated the time he took. Very nice person.

This is the second Toyota product I have purchased from this dealer and salesman in the last 6 months. I am very satisfied!

The service manager is excellent. He knows his stuff and is very friendly and helpful. He is also efficient, never trying to do unnecessary work.

They took interest in my needs and a gentleman even passed out muffins. It was a nice touch and shows how they value their customers. It's the little things that count and make John Eagle Sport City stand out from other dealerships!

Excellent. The whole process was very easy - I told Art what my expectations on price/trade and these guys delivered. Art did a good job with explaining the features of the car to us.

I felt great as soon as I went in there. Especially because I was able to clearly talk with the sales person who spoke Spanish. We could relate on many levels including our roots and he helped me fill out paperwork. He was really friendly and offered me drinks. Loved it.

My sales person, Byron, was very knowledgeable and was able to work with me on my time frame. He ensured I got the best deal and car I could that fits my needs.

It was a very relaxed experience and I was very comfortable. Everyone was very nice and made sure my questions were answered and I was pleased.