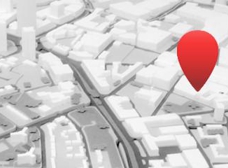 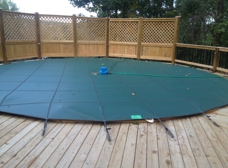 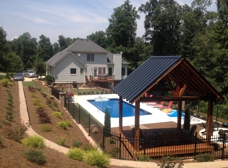 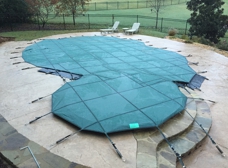 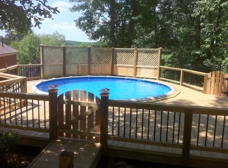 I am somewhat surprised to see some of the negative reviews about this company. I feel obligated to speak on their behalf in this instance. I have had my pool operating since 1996. I have used Dacula pool exclusively for repairs, advice, parts, and they install the liner for me in 2005 and did an excellent job. I have never had a bad experience with this company. Matt and everyone in the shop including the owners have been very helpful and are all very knowledgeable. The things that I cannot do or choose not to do myself I have had them do for me with excellent results.

Who would have ever thought replacing a pool liner would be such a nightmare? We ordered ours from them in FEBRUARY, note it's 4th of JULY weekend and we are still without a working pool. They delayed install until May which became June because of weather delays and getting behind in their scheduling. After draining the pool and removing the old liner they realized the new liner was made wrong. Two more weeks of waiting and this is the awesome install they did yesterday. It's got more wrinkles in it then my 102 year old grandmother! It is pulling from the sides of the pool. Thank God I had enough sense NOT to invite friends over on the most popular weekend of the year for a pool party! (If there was a rating LOWER than ONE I'd select that.) If you are buying a pool or merely a liner that costs thousands, do yourself a favor and call another company.

We do apologize for the delay. It has to be above 70 degrees to perform a liner installation. We usually begin our installation in April depending on temperature. The weather was also very rainy this Spring which also slowed our schedule.We perform the installations as quickly as we can and in the order that we received the deposit payments. It is unfortunate that the fit of your liner didn&#39;t meet our standards and had to be reordered. We reordered and rescheduled the installation as quickly as possible. To our knowledge, the installation was completed to your satisfaction in the end which is our ultimate goal. We hope you have many years of enjoyment from your pool.

This listing has been claimed by a business representative.
Helpful(0)Flag
Marie P.

The worst ever...the pool guy was too lazy to finish scrubbing pool, so it was dirty on bottom and my pool turned green...Leslies pool just opened it and they cleaned it... They were too busy to come back and my pool turned green...no effort to come back and owner made it seem like I was too picky....my friends saw it and it was definately black on the bottom...so disappointed

Unfortunately, we do not recognize this customers name.Without the details on both sides, we are unable to address this issue. Within reason, we attempt to meet all our customers expectations.

This listing has been claimed by a business representative.
Helpful(0)Flag
crazyd285

This listing has been claimed by a business representative.
Helpful(0)Flag
prdmmy3

We love Dacula Pool!! We've been going there for four years now- wouldn't go anywhere else. The personal service from Matt and the staff is exceptional!!!

This listing has been claimed by a business representative.
Helpful(0)Flag
jamesg10

Dacula Pool installed my pool and service it. They have been very informative and helpful in maintaining our pool

This listing has been claimed by a business representative.
Helpful(0)Flag
Jeff R.

very informative and friendly. they cured all my summertime pool blues.

This listing has been claimed by a business representative.
Helpful(0)Flag
patriot

I'd rather slam my arm in a car door then give this company another dime of my hard earned money. My pool is still non-functional because of their mistakes. They point their fingers at the contracted pool serviceman and take no responsiblity for his actions. I liked the sales manager at the store and that's the one star I gave them. Be smart and steer clear of this company.

We attempted many times to meet this customers expectations and resolve his issues. In the end, we felt that his expectations were unreasonable and were outside what the industry would consider appropriate.

This listing has been claimed by a business representative.
Helpful(1)Flag