The Way to Move

General Info
Jason Taylor Moving and Storage Inc. has been serving the families and businesses of the Metro Atlanta area with local and long distance moving services for over 25 years. We also offer self storage as well as containerized storage and document management. Call us today for an estimate and to schedule service!
Business History
Since 1987, Jason Taylor has been involved in the moving and storage industry. Along with his wife, Saundra, they founded Jason Taylor Moving and Storage Inc. in 1999. They pride themselves on running their company with the same level of professionalism as the larger moving companies, while still giving the same great service that only a family-owned and operated business can provide.
Hours
Regular Hours
Extra Phones 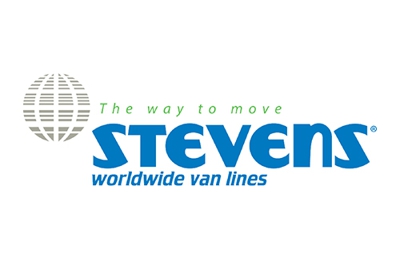 These guys went above and beyond in making our move as easy as a move can be! They moved us faster than the time they originally estimated (only charging me for the hours they actually spent doing the work), had great attitudes, kept things light-hearted but still very professional, & worked hard to make sure things were exactly as we wanted them before they left for the day. They were upfront with all charges, laid out exactly what was included, & showed up on time. Each phone call with the office was informative and they didn't waste my time trying to upsell me on things they knew I didn't need. I would recommend these guys in a heartbeat. Incredible experience.

I hired this company on 12/27/14 to move me from Alpharetta to Cumming. They were prompt, professional and worked their butts off. They first moved my stuff from storage(which was almost a household by itself) and then moved the rest of my stuff from my apartment. The price quoted was the price i paid. My stuff was not damaged. I was attempting to move a box and one of the crew told me to put it down that is what they were there for. I had two little kids and they worked around them and even played with them indirectly as they worked. I was impressed. Needless to say i will recommend them. If i were to move again, i know who i will be hiring! Thank you guys for a job well done.

I moved from Gwinnett to Forsyth and hired Jason Taylor Moving with a truck and 4 guys. I got a call on Thurs. to confirm my Sat. move and was asked how I wanted to pay for it. When I was told that I could use my credit card I oppted for that and gave the business office my credit card info (including my security code for it). When the drivers arrived they put their clip board on my counter and proceeded with the move. When I walked past the clip board I noticed that my entire credit card information, including security code and expiration was written in plain site on the forms. When I called the business office they assured me that they were ""good guys"" and could be trusted with my credit card information. This information should never have been given to a driver/mover and should only have been kept in the business office. I will never recommend these movers to anyone!

All we had that needed to be moved were a couple of used conference tables. Not a big job, at all. But they were too long, and too heavy to use a pickup truck and a couple of friends. So we started shopping around.

Ew! Several companies wanted as much to move the tables as we had paid to buy them!

Jason not only found a way to make the move affordable, but his guys were fabulous! They made sure the tables were well protected and handled them gingerly. They asked to see 'where they were going' and made good judgements on which doors to use, and how to get them down the hallways. And then, they set them up for us! (3 pieces each)

I didn't expect that, and was absolutely thrilled!

They were so great at this little, bitty job, I imagine they are more terrific at the big ones.

Jason, you will hear from us again!

Jason Taylor Moving & Storage provided prompt and professional service when moving our offices. I would highly recommend them to anyone.

My movers were wonderful. I just wanted to adopt them. They were fabulous and incredibly polite. My adult children were here and raved about them. The cost was less than I was quoted too.

This company has unscrupulous practices. They give you a quote and then raise the prices after they load your furniture. They are unorganized and uncaring. They damaged my furniture and have never contacted me regarding repair.