We take your smile to heart.

Biography
Dr. Ferrari has practiced dentistry for over 20 years and holds several certifications in new advancements in restorative and cosmetic dentistry. She has a special responsibility to her patients, and her goal is to provide patients with the most comprehensive dental care, utilizing the most advanced technology in dentistry today.Our state of art equipment and techniques go a long way toward eliminating the discomfort that some people feel about having a dental procedure performed but our guests sometimes may still be apprehensive. We understand that. For patients who are apprehensive about visiting the dentist, we offer a soothing and calming atmosphere, as well as sedation that is relaxing with a sleepy effect. Please be assured that our top priority is your comfort. Well take every measure possible to assure that your visit with us will be comfortable and pleasurable!
Gender
female
Languages Spoken
English, Portuguese, Spanish 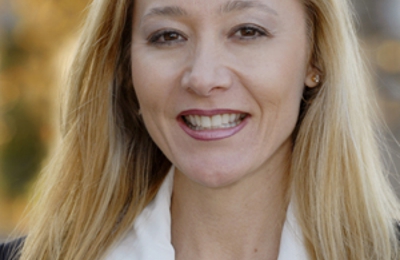 I always feel welcomed when I show up for an appointment and I receive great service and care. What more could anyone ask for? I also appreciate the thorough explanations of what is being done and of what I need to do.

I liked my first visit for dental cleaning. I felt we'll take care of and everyone was very professional. I especially liked having Dr. Ferrari start my dental cleaning, this way she saw my teeth first hand thoroughly.

To start, the front desk is wonderful every time! They are cheerful, friendly and very helpful with scheduling and billing. Dr. Ferrari has taken excellent care of my smile for over 10 years and I have the upmost confidence in her. She has performed a range of procedures for me and each time she communicates what she is doing, makes me feel comfortable, uses the latest in dental technology, and performs with great precision and skill. She even has a great sense of humor which really helps dental chickens like me! Most importantly, Dr. Ferrari takes the time afterward to make recommendations on how I can improve my maintenance between visits. Her staff is caring, there's always parking, and my smile is beautiful which is the best proof of a great dentist. I recommend her and her office every chance I get you will too!

Seeing Dr. Ferrari is like seeing close family. She is gentle and gives me clear options when necessary. Even my Himalayan cat loves her, she's kneading the computer screen right now.

As always, Dr. Ferrari made my visit very comfortable. She's very patient and takes the time necessary to make sure you understand everything regarding your condition. I would recommend her to anyone!

Dr. Ferrari is the best. I am by no means a good patient when it comes to going to the dentist. However, all my experiences with Dr. Ferrari have been greatl. Very little to no discomfort and the way her staff works with her to ease my tension/anxiety is amazingl I recently had a root canal and truly did not feel anything.

My family, including my daughter and son-in-law, my 2 teen female grandchildren, and my 93 year old mother are all very happy patients of Dr. Ferrari's. She is an excellent dentist; she explains the need and the details of the procedure. She does her best to minimize the pain associated with any procedure performed. Her staff is the absolute best... very professional, caring, kind, and competent.

In and out for a cavity fix in less than 20 minutes. Always friendly and welcoming as always. Thanks!

Dr. Ferrari is great. Her assistant also did a great job. They are both good at communicating to you an my teeth felt very clean when I left. The front desk lady can be bit off-putting (just seems like she's in a bad mood) but the care I've received there has been than most.

The staff and Dr. Ferrari are wonderful! I would definitely recommend this office for all your dental needs.

As always, excellent experience with the visit and staff. Always friendly and professional and timely. Great as always

Dr. Ferrari and her staff are always awesome, I wouldn't think of going to any other dentist. Keep up the caring, non-painful service to your lucky patients!

Awesome! Very friendly and nice. Been a patient for years and followed her when she moved from her group practice.

Dr. Ferrari, Lejon and Randall were great as always. I enjoy coming here, and with Dr. Ferrari's dental care recommendations I have not had any cavities or dental problems in many years.

I've been going to Dr. Ferrari for over a decade. She is the best, both professionally and as a person. I'm completely paranoid about going to the dentist, Dr. Ferrari is the only one who has the touch and sensitivity to abate my fears. Every time i go, I leave there smiling, happy about my teeth, glad I made the trip. Highly, highly recommended.

She is honestly the kindest, most gentle , and caring dentist I have ever been to. I would recommend her to everyone.

Before know Dr.Ferrari I had the same dentist for several years .He was fine however he could not get me any better regards my persistent bleeding gums and bad breath!Besides scaling my roots he never tried anything alternative treatments or medications with a strong argument that ""my insurance would not cover"".Out of blues
A bad toothache aroused during my dentist vacation,scarred of pain get worse and the fact I never had a cavity filled I suspected that the pain will be related to my gums.Recommended by one of my co-workers , I decided to see Dr.Ferrari.she has been the first dentist to take the job to educate me about my oral condition and my treatment options.she is very gentle , works with advanced technologies and her dental care is outstanding.i wish I could meet her years before,probably I will not have to loose a tooth because my progressive gum disease that was left untreated for years.She treated my ill mother with such compassion charging me almost half price of my previous dentist.Staff is friendly , efficient and Helpful.It is a complete service.She has the closest accurate billing system of al medical and dental facility that I ever been!

I went for my first appointment to get a cleaning and discuss my options for a deep cleaning. She came in and looked at my x-rays and began her sales pitch. In the first 5 minutes she was trying to sell me the Mercedes Benz of toothbrushes and instilling the fear of losing all of my teeth. Upon measuring my gum pockets and seeing mostly 3's and 4's she found 4 5's and told me we had to proceed with an aggressive treatment plan. She asked if I had any questions and the only one I had was how much my insurance would cover. My understanding of my insurance was a $100 copay for scaling/ deep cleaning. She told me she would put together a treatment plan and then left the room. Within a minute, one of her staff came in with a ""treatment plan"" or should I say $2800 bid to do the deep cleaning ($900 would have been my portion). Usually most dentists can do this type of work in 1-2 visits- she had me scheduled for 5!!!!! Her staff offered me a payment plan when I stated I would have to think about it. I immediately called my insurance company and explained the situation. The gentleman on the phone graciously reviewed the billing codes she had used and told me that only one of them was a legitimate billing code for my insurance and could not locate the rest of the codes based upon their description either.

She may be a great dentist, I don't really know but the first thing on her mind was clearly $ signs!. The rep at my insurance company suggested I find a new dentist too out!

This is a factual story with NO embellishments. Christina Ferrari did a great job with the actual work on my teeth. The only negative is that she forgot to do the other half of my fillings which I had to remind her of, before leaving the office and she was a bit cocky and harsh with me, not to mention rough. That being said I was still planning on having her do my veneers which we discussed at great lengths because i saw her talent. My only problem is with their unethical billing practices. After being pre-approved by my medical insurance, I paid the overpriced amount of my bill. I was fine with it because that's what I expected to pay. Three months later I receive a bill for $35. I call the office and ask them to waive the fee being that $800 was already paid between myself and my insurance for minimal dental work. The billing department which is the front desk assistant explained that she was unable to waive the fee. I clarified with her that I was planning on spending an additional $10,000 on veneers with their office, so the least they could do was make this tiny headache go away. She again said she couldn't do it and was VERY rude to me. I told her to speak with the dentist about this and remind her of the 10K I was about to spend in her office. I told her to see what the dentist had to say about waiving this tiny $35 bill. Low and behold I receive a collections notice 2 weeks to the day after receiving the first bill. So basically Christina's office assistant sent me to collections potentially screwing up my credit over $35 two weeks after sending me a bill. I would not recommend this office to anyone. I have never been treated more badly by someone who was about to take 10 grand of my hard earned money. needless to say, I will be going elsewhere for the veneers.

Dr. Ferrari is seriously the best dentist I've ever gone to. I recently had my top two wisdom teeth removed there and it was painless during the removal and afterward, the healing process was fast and simple compared to my last two wisdom teeth (very bad experiences! Painful and long healing time). She's also very nice and makes you feel comfortable if you're an uneasy patient, like me.

I couldn't recommend her more highly!