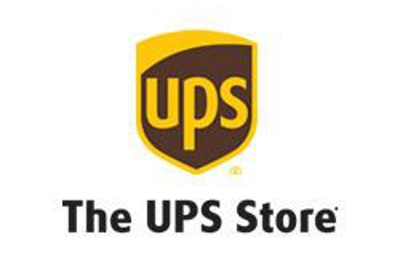 We just moved here a few weeks ago and this place has been a lifesaver! We needed to do lots of printing and faxing and they helped so much! Their prices are reasonable and customer service is unbeatable. I have since used them for shipping. I do not trust USPS with fragile or expensive shipments.

This place is horrible! They quoted me a packing/shipping cost of $150 so I agreed and left the item to be packaged. I returned a few hours later and once I went to pay they tried charging me $285. I refused to pay for the shipping, however, they charged me $86 for packaging. So, I paid $86 for a couple of rolls of tape, two boxes, and 15 minutes of work. I went home repackaged the item and went to the Post Office, where they charged me $42 for shipping. If you live in Crestview never use this store and by all means never trust their estimates.

This place has ridiculously high prices for mailing services. They charged my wife $18.50 to send a package that cost them $3.55 to send. I already knew that this place is trash and thank God my wife now knows... I DO NOT recommend anyone to use their services. AVOID at all costs!!!

I enjoy going to A+ Pak N Ship, I often send faxesand I send scans & e-mails, I also, get copys of my bills that are to be sent out., as well as shipping off presents to my kids, & grandkids. They pack up my items safely and professionally. I will continue to use A+ Pak N Ship for as long as I am in this area!

The friendly and warm welcome I receive there brings me back!

Keep Up The Good Work!!

A+ Pack-N-Ship is sub par, to say the least. Twice, they have failed to give high value packages of mine to Fedex and UPS drivers at pick up time. They offered no explanation as to why these high value packages were left lying around there store when they should have been shipped.

The GM of the store, who may also be the owner, actually had the nerve to tell me that I must have dropped the package off too late. When, in fact, I personally dropped off the package TWO HOURS BEFORE the Fedex driver arrived for pick up. A+ Pack-N-Ship cost me a valuable sale. I will never use them again. I am kicking myself for using them after they did this to me the first time, with UPS. Maybe the woman working there should spend more time paying attention to their freight instead of constantly playing games on her computer. This was a $1000 sale that went wrong because I trusted A+ Pack-N-ship to do what they claim. A= Pack-N-Ship gets and F- grading from me. I also give myself an F- for trusting them a second time.

I live in Crestview, Fl were this business is and I had my mother mail me a letter to Ocala, Fl. now this letter only has one sheet of paper in it and they(A Plus packageing & Shipping) charged her on Friday and to have the letter here in Ocala, Fl. on Monday at a cost of $30.00 . Mine-you the post-office to mail a letter is only $ 0.43 . I know my mother should have went across the street from this business to the post office and mailed me the letter but we felt what is done is done and we will never use their services again. By the way my mother is 79yrs old and we are use to stores personal helping you save money not just take you for what they can.