General Info
Service Makes Us Different.CFI Tire Service is a dealer for new and used tires, with an emphasis on commercial, farm and industrial tires. We offer our clients a mobile service that includes a portable tire press for on-site forklift service. In addition to our wide selection of tires, our Council Bluffs, Glenwood, and Omaha locations provide complete auto and small truck repair service. CFI Tire Service offers sales, installation and maintenance of tires for: Trucks and semis Farm equipment Autos Skid loaders Forklifts OTRs ATVsWe believe in providing both the best quality and service, which is why we offer brand name tires from companies such as Galaxy, Firestone, Cooper, Titan, BF, Goodyear, and more. At CFI Tire Service, our team is professional and highly trained. We offer convenient payment options. We welcome you to one of our locations, but also provide a mobile service when needed.Call CFI Tire Service today to schedule a tire or repair appointment!
Email
Email Business
BBB Rating
A+
BBB Rating and Accreditation information may be delayed up to a week.
BBB Accredited businesses follow the BBB Code of Business Practices and pay a fee for accreditation review and monitoring. Accreditation is not a BBB endorsement or evaluation of the business’ product quality or competency in performing services. 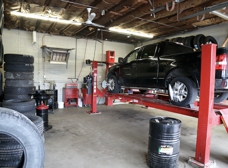 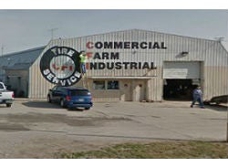 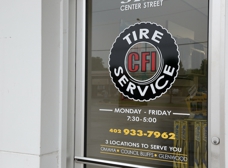 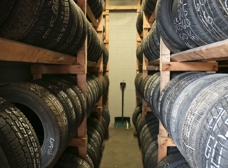 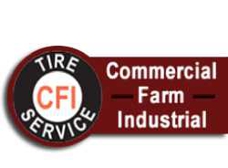 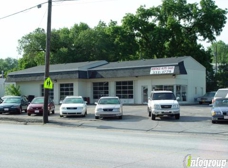 Horrible customer service and ethics. Had used tires put on only to have them go flat, forced to purchase new after this. Had my brakes start shaking when hard braking and car shimmy on interstate; husband took in to have looked at and mechanic said it was in fact doing those things. Left car for the day and when picked up we were told all fixed and sent on our way. Brakes then started making a tapping metal to metal sound - at this point called AGAIN. In the middle of all of this I stated I wanted a refund to mark and wanted to take it elsewhere for new brakes. Traded can off during this and called again regarding refund, nope - I should have taken it somewhere else and not to them. My fault AND he stated (not mark) that there never was anything wrong on the last brake inspection that was "fixed" they just told us that. No wonder mechanics and repair places get bad wraps, they lie, do crappy jobs and expect the consumer to pay. I lost money on my trade due to a brake issue! Took this up with my credit card company