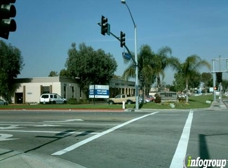 Do NOT Use this company- the worse ever

It has been over a year and they have not contacted me regarding window repair/ replacement. In fact it his company will block customers number when they call in for warranty repairs. They are. unprofessional and untrustworthy .They DO NOT standing behind the products after they install and has made their profit. The WORSE COMPANY!!

Please do NOT use this company. When it comes to finding new customers and making money, they are quick to respond, however, if you have problems with the installation or window warranty issues that occur, etc, you will get no answer to your many calls for assistance and when I say many calls, I mean plan for it, as they will NEVER call you back or answer the phone. And if by chance you're one of the lucky ones and you get an answer and hope is restored when they plan a resolution....do not be fooled, you will not hear from them again....it's as if they program your number in their caller ID and will not answer when they see your number pop up. The only way this company will learn is to hit them where it counts, in the pocket. I have a good friend who flips homes for a living and has worked with many contractors in the Costa Mesa area...they will ensure they never recommend them to anyone. IF you want to improve your business, take care of your past customers, so they in turn, will take care of you through positive reviews!!! It's time to contact the BBB....

We love everything about the windows. They are built with a combination of the best characterists of the competitive replacement windows

Recently purchased a new sliding shower door for our en-suite bathroom. Decided to go for a sliding door enclosure because our previous enclosure with bi-fold door needed regular hinge replacements. The doors mechanism is very smooth and has the feel of a much more expensive product.

Overall I'm happy with the purchase.

After getting estimates from 3 other companies, I decided to go with Metropolitan Home Improvements, and I'm glad I did. Although they weren't the best in price, but they were in the ballpark with a better warranty. Gary Kopel was extremely professional in his presentation on exactly what they would be doing, how they would do it, and what products they would be using. Two thumbs up!

From Sales Reps to Installations every person I talked to from Metropolitan Home Improvements was very knowledgable and did an excellent job on my house.

Windows look great. Thank you Perry, Frank, and Mikie for a flawless installation. Price was excellent and work was excellent. Definitely tell all my friends about Metropolitan Windows.

Just had my windows replaced. It was easy to decide to go with Metropolitan as my friend did all the research when they got there windows. Metropolitan had the best price and the results of new windows are great. Definitely recommend them.

DO NOT USE THIS COMPANY!!!I

My windows and several other units’ windows in my condominium were replaced by Metropolitan in 2003. The woman below me in my condominium complex complained of leaking when it rained, and every time Metropolitan was called about the problem, they said there was nothing wrong with the install, and told us the problem could be coming from the roof or from an older window that had not been replaced. After a new roof was installed and the older window replaced, the leaking continued. When we had the heavy rains in 2008, we knew something was terribly wrong because for the first time water was pooling underneath their windows into the units.

I called the owner and was told that since my window install happened prior to his ownership of Metropolitan (he bought the company in 2006), he and Metropolitan were not liable for any problems arising from the install. The owner didn't want to see the report by the leak specialist (which states that the windows were installed improperly), and he didn't want to come out and look into the problem himself. He was not helpful in any way and didn't offer any solutions.

One of the reasons people choose Metropolitan is because of how long it’s been in business and its past reputation. The company's website says that's it's been around for over 12 years and has "strived on making customers for life, through our superior customer service, that shows in our large number of referrals and repeat customers." The new owner refuses to take any responsibility for incorrect installs prior to his ownership, however he still wants to benefit from the company's 12-year existence and reputation to get new business. He should not be able to reap the rewards of a 12-year history while not honoring the installs that happened during those 12 years.

If you want a company who will honor its past installs and will extend its customer service to you if you have any problems after the install is finished, DO NOT USE METROPOLITAN.