Don't Get Mad, Get Moody!

General Info
24 Hour / 7 Days A Week Emergency Service to Broward & Palm Beach Counties! We family owned & operated since 1983 serving Broward, Dade & Palm Beach counties. We provide service to both residential and commercial. When you call us for service, you can expect prompt, professional, courteous, and friendly treatment. All of our technicians have completed extensive training. This allows you, the customer, to feel comfortable that skilled people are handling your service and construction needs. 24/7 Moody is there for you!
BBB Rating
A+
BBB Rating and Accreditation information may be delayed up to a week.
BBB Accredited businesses follow the BBB Code of Business Practices and pay a fee for accreditation review and monitoring. Accreditation is not a BBB endorsement or evaluation of the business’ product quality or competency in performing services. 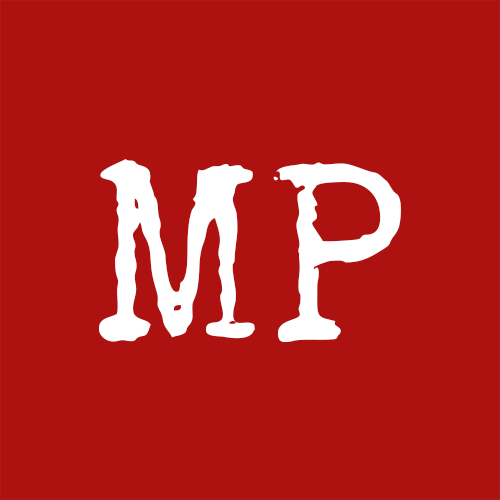 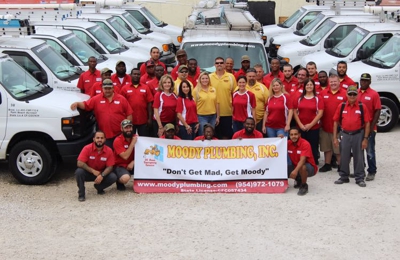 Called them to fix a drainage pipe. 2 days after they worked on it, it was backing up again. Charged me $1,825. When I asked them to come back and fix it, they wanted to charge the same amount again, so I put a stop payment on the check until the job was done. These con-artists then processed the transaction off my credit card from a different bank (that they had on file from 3 years ago). It wouldn't be a problem if they would just do an honest job and fix it, but these con-artists just want to go out and PRETEND to fix it again for another $1,825. DO NOT DO BUSINESS WITH THEM!!!!

I have used Moody for several years since my house is 40 years old. I have always been happy but I have deceided to write a review today because of the exceptional service I received from Ronnie. The lady who took my information on the phone was pleasant but I was very pleased with how professional Ronnie was and he fixed my problem quickly so I could return to work. I will continue to use and recommend this company!

Moody plumbing of Coral springs Florida RIPPED ME OFF:

I had a drainage clog and contacted Moody plumbing, they quoted $230 for the job, they came out and used their snake and claimed problem solved in matter of 45 minutes (Stiff hourly rate, My lawyer charges less than that and he paid for collage). after collecting the funds they put on invoice they recommend a camera inspection!! That was the red flag as the next morning I go to shower and after 15 minutes the water started to back out in my shower. I called Moody, first thing they said &quot;we do not guarantee the work&quot; !!!! After pleading with them they agreed to send someone out to fix the problem. upon arrival of the plumber, he claims &quot;well this is a different problem&quot; because their snake has moved the blockage to a different location and I have to pay another $125.00. I hired Moody plumbing to open my drain blockage and I still have the same problem as I did yesterday. it is Friday night and I have to go on with no shower or toilets till Monday!!! I feel ripped off . watch out you will not fall in the same trap.

Had a major problem on a Saturday - hot water heat went. Went out and got another one - called Moody and spoke to Jamie who was very helpful and she had a plumber out to my house within 1 hour on a Saturday afternoon. The plumber's name was Denis and he was excellent. He did everything that we asked and was polite and worked hard. I would recommend Moody to anyone and will use in the future if needed but would ask that they send Denis because he gives it a 10 when he works. He is a great employee. Thanks for making a bad day turn out good.

Called in last month asking for quote for a shower pan install and someother plumbing work done after a large leak in my master bath. They came out the next day and said I needed a new shower pan etc. Told me would give me a quote with in a few days. Two weeks later stiill no quote. So I called back it was a Tuesday they said the owner was on vacation for the next five days. Will not be able to give me a quote till monday sure thing come Monday still no quote. So I gave up. About two weeks after that I decided to give them one more chance. To give me some quotes on some plumbing installs they said they could give me call back with the quote. Called back 4 days later said they were too busy to give me a quote and the owner was on vacation again till end of the week. Very poor service asked for some quotes could not get them. Owner was always on vacation. Would not recommend company poor service.

The Margate homeowner that wrote this review was advised our company was too busy to perform the work because we had an uneasy feeling with how he wanted the information worded for his insurance. Our company has had customers in the past try to commit insurance fraud so we will only write what our professional oppinion is regarding the plumbing issue and the actual work we perform; not what homeowners want us to write to try to defraud the insurance company. Our company provides proposals and prices for jobs in a timely manner; unfortunately this job was an exception due to the uneasy feeling we obtained from the homeowner.

This listing has been claimed by a business representative.
Helpful(0)ShareFlag
baseballmom12

When my two year old flushed a toy down the toilet I immediately looked up plumbers in my area. The first few were not any help and then I called Moody Plumbing. The woman on the other end of the phone took my information and sent a service man out fast. They were friendly and helped make a bad situation good.

Great Company and I have already recommended them to family and friends!

Needed to have the controller on my sprinker system replaced and could have gotten an appointment the same day, but due to other commitments I had, set up an appointment for another day. The service person called and said he would be at my home in 20 minutes and showed up right on time, replaced the controller in a very, very short period of time. Explained how to use the new controller (different from the original one and much easier to use).

Would definitely use them again for any other problems.

Called them to unclog a toilet - rep on the phone was very helpful - offered to have tech call me when they were enroute. Committed to have techs at my home before noon the same day(I called after 9:00AM).

Both servicemen were professional, polite, and got right down to business.

I'm pleased to recommend this firm without hesitation.

They were very fast, they came and gave me an estimate the same day I called and started work the next day!! They were very polite and professional, cleaned up after themselves, their prices were very competitive, and they did a wonderful job. I would refer them to anyone

We had a flood in our house late at night and they returned our call within minutes. After speaking with their staff they advised us how to shut off the water and sent a truck out promptly. The tech was very professional and had our problem repaired fast. I would highly recommend this company!