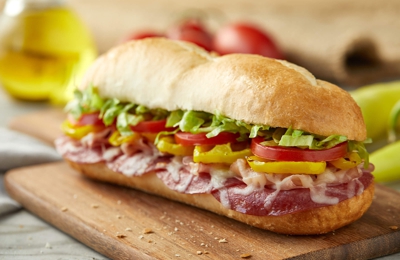 General Info
Donatos is a family-owned pizza company famous for Edge to Edge® toppings on a crispy golden thin crust. Founded in Columbus, Ohio in 1963, we take pride in giving back in every community we serve.
Hours
Regular Hours
Payment method
master card, visa, amex, discover, cash
Other Link

The service that I received at this Donatos was extremely disappointing. I ordered a pizza, a sub, and a side salad for my fiance, who has a cold and didn't want to leave his apartment. First, I received email verification of the order being processed, and was told it would be delivered in about 44 minutes. After almost an hour and a half, I called and asked about the delivery, because it had not been delivered yet. I spoke with Zack, who, after patronizing me to varying degrees about "making sure I put the right address on the delivery" (which, by the way, I had), said that the delivery person had gone to the address and no one had answered. When I asked whether the contact number had been called, I was told yes. There was no missed call on my fiance's phone, and the reception was perfect. They then told me that they could put the order in again. I reluctantly agreed, not really wanting my fiance to wait another hour. An hour later, the delivery person showed up, and then demanded payment for the order. I, however, had already paid online. After the deliverer had called the shop and asked, he said that the first order had been cancelled. This upset me greatly, as I found it presumptuous that my fiance would happen to have cash on hand. Finally, the order wasn't even correct. The side salad was delivered with the wrong dressing. I will not be spending my money on this Donatos ever again, and I will encourage others to do the same. I do not intend to pay for belittling service, almost three-hour deliveries, and incorrect orders.