General Info
COSI, The Center of Science and Industry is a hands-on science center located in downtown Columbus featuring over 300 hands-on experiences covering a wide variety of engaging STEM topics including permanent exhibitions, temporary special exhibitions, live shows and more. In addition, COSI offers a robust suite of education programs for students and learners of all ages including programs geared exclusively at adults.
BBB Rating
A+
BBB Rating and Accreditation information may be delayed up to a week.
Hours
Regular Hours
Services/Products
*Science Sleuth - Put on Your Detective's Cap - It's Time to Solve a Mystery! Discover the Science Behind Fingerprints and Secret Messages, As Your Children Solve the Crime. *Astronaut Adventures - Enter the Solar System and Search the Universe, Examining Past Discoveries, Today's Technology, and the Infinite Possibilities of the Future! *Dinosaur Dig - Sift Through Sand, Fossils, and Underneath the Secrets of the Dinosaurs, While Becoming Emersed in the Scientific Method Using Discovery and Observation. *Price & Details *School's Out Camps - Dates are Available Throughout the Year for All Ages View the Camps to Learn More About the Programs Offered. *Camps for 5-6 Year Olds - These Programs are Perfect for 5-6 Year-Old Who are Ready to Experience Day Camp on Their Own (Adults are Welcome if a Child is Not Ready to Attend Alone). *Camps for 7-8 Year-Olds - Younger Campers Can Explore Science in These Exciting Camp Programs that Mix Hands-On Activities in Our Work shop Rooms with Exploration of Exhibit Areas. *Camps for 9-11 Year-Olds - Children 9-11 Years Old Enjoy Exploration of COSI's Exhibitions, Hands-On Science in Our Themed Workshop Rooms, Extreme Screen Films, and More! *Camps for 12-14 Year-Olds - Teens Aren't "Too Old" for COSI. Check Out Our Intense Camps Designed to Sharpen Science Learning Skills in Students Ages 12-14. *The Overnight Experience - Camp-In is the Ultimate Indoor Camping Experience for Girls and Boys at COSI Columbus!
Payment method
visa, amex, cash, discover, mastercard, all major credit cards
Neighborhood
Franklinton
Other Link 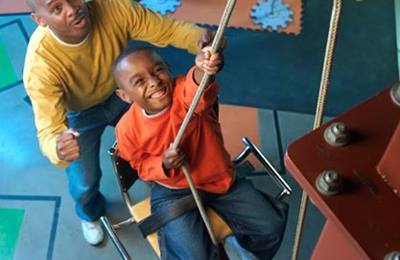 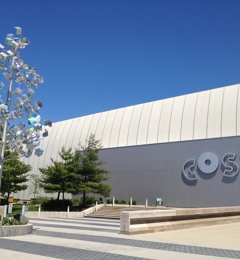 the only things I remember were the fetuses in the jars and there not being a lot of interactive stuff. I went in late 2003.

the old cosi was a lot more fun ;-( This one was whitewashed and too sterile feeling.

and also at COSI in columbus,oh there's 8 jars with fetuses of various stages in a body exibit there!!! I was there in 2004 and this one woman that was pregnant and also had a baby in a stroller that was next to use started freaking out and crying... ;-( poor woman. we both thought it was very disturbing. she was scared
those fetuses are real to and have been in those jars for 20 yrs

This was the most prominient thing that I remember about this place. creepy. THAT POOR WOMAN.

I brought my girl scout troop here 3 years ago and they had the best time ever. They went non stop from open til close..... They had so much fun that we are going back this summer. From the theater to everything there is to see and do we didn't get to do everything because there was sooo much. We said we coud have spent two days there without a problem.

I brought my 7 yr old and we had a blast. The only thing is you need to plan for more than a couple of hours. It is a great time and we didn't get to see everything. Can't wait to go back with more time to explore and do the things over again we already did.

This is a great attraction and I'd recommend planning to spend the entire day here. A few hours won't cut it. I took my Brownie Troop here and my family too. My favorite was Adventure--it's a chance to be Indiana Jones without the danger but with the right amount of action and suspense. The large screen movie was outta sight too.

Cosi had an outsatnding Safety Services Department. Officers were very polite and extremely knowledgeable about Cosi and the surrounding area. They also patrol Cosi and the immediate riverfront area to make sure guests and Cosi staff are safe 24 hours a day 7 days a week! Learning was awesome through all of the exhibition areas. It was awesome.