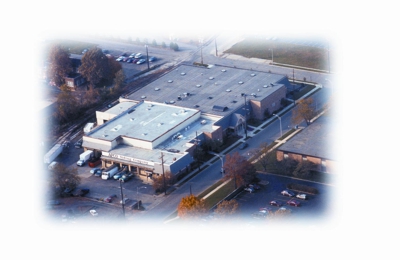 Work with APCO if you want quality service. I never felt pressured and they delivered what they promised and then some. The Project Manager was an expert and I felt comfortable throughout the process. I felt as if I was a relative to the employees at APCO and they treated my project as if it were their own. I have much respect for the company and it is evident why they have been around for so many years.

I worked with APCO to replace my screened in porch that was damaged in a storm. The service they provided was above and beyond what I could ever imagined. They were very patient with me in the fact that it was an insurance claim. They helped educate me and communicated very well through every step of the process.

My job was very unique and required a lot of customization. Their service went above and beyond. They were very professional and trustworthy. I was very comfortable with everything throughout the process because they knew their product and they proved me right.

APCO did a great job. We got a product that we were hoping for, It turned out beautifully. APCO did a fantiastic job cleaning up as well...when they left it was as if we never had construction done. Thanks to every one involved for getting us a product at a reasonable price.

Don't bother calling this company if you are selling your house. I am in the process of selling mine and wanted to find out how much it would cost to update the exterior with vinyl siding in hopes that this would increase my chances for a quicker sale. I told the company this is something I definitely plan to do. They told me that it is company policy not to give estimates on houses that are for sale. What a shame since it would have been a guarenteed sale.

During this recession we have reinforced our long standing policy of not taking advantage of customers just to get a sale. In our industry a slick salesmen can talk an unassuming homeowner into buying something they don’t need or that will not add any value to their home. This type of salesmanship is unacceptable at APCO. Offering siding estimates on a home for sale, that we feel would increase the value of the home, is something we do quite often. We have since addressed these customers’ comments at our management and sales meeting so it will not happen again. Thank you so much for taking the time to let us know this has happened. Sincerely, Bill Clarkin - President

This listing has been claimed by a business representative.
Helpful(0)ShareFlag
notessh

I had a leak over my toddler's bed that needed to be addressed. I had my roof replaced the end of last fall and could not get a hold of the company who did my roof. APCO was very responsive and was able to send someone out to my house pretty quick. However, when he got out to my house, I showed him where the leak was on my son's ceiling. I recommended him to go up in the attic to see where the leak was coming from. He stated that he didn't need to go up in the attic and would go up on the roof first (now that I think of it, this was stupid as how can you fix a leak if you don't know exactly where the leak is coming from). Once up there he stated that he believed the problem to be from the chimney flashing as well as the pipe boots on the vents. He stated the pipe boots weren't sealed. He proceded to caulk everywhere to "seal".

Finally, my original contractor got back with me and came out to the house. He went up on the roof and advised me that the guy basically "made a mess of caulking" up on my brand new shingles. He stated that the pipe boots were "caulkless" boots and if the leak was coming from the boots, then sealing around them wouldn't fix it as it was the boot themselves that were defective. Then, we went up in my attic to look for the leak. I was up there with him and we both could see where there was some water previously sitting on top of the insulation. However, we both looked everywhere and there was no sign of entry. We now have to wait until the snow thaws or starts to leak again to see where it is coming from.

So, long story short, I think I just paid over one-hundred dollars for a messy caulk job that probably wasn't needed. I would love for the company (Howard) to call me back and explain their thought process.

it is always APCO'S goal to earn our customers recommendation.Apco will be happy to refund our customers service charge. our customer is correct that pipe boots normally do not need caulked,but in this case the shingles may have been lifted around it. therefore they were sealed.

This listing has been claimed by a business representative.
Helpful(0)ShareFlag
maggie2077

Scott Middleton at Apco came out to look at our house, did accurate measuring and now we have the most beautiful windows one can imagine. We were attempting to turn our typical 50's ranch into more or an English cottage. The windows set a high standard for the rest of the remodeling. The quality of the windows is the finest we have ever seen!

Thank you Scott and Apco.

Very helpful, great customer service, and would recommend this company.

These guys are good. This was the secound time I have used them. They installed new windows and a door for me about 12 years ago. As before, I felt absolutely no pressure to buy. Their price was second lowest out of the four estimates I received but they were the most knowledgeable by far. They were timely and their cleanup was great. My neighbors have already commented on how nice my new roofing and siding look.

I have used APCO for years. I recently moved and needed new windows. It was a simple choice of who I wanted to do the job. APCO installed the roof and gutters at my past address. They have great customer service and the quality is great. They are the only ones I trust.

I had a great experience with APCO. The salesman did not pressure me to sign and gave me a great price right from the start. I would highly recommend APCO to anyone

I RECENTLY CALLED APCO WITH QUESTIONS AND WAS EXTREMELY HAPPY WITH THIER CUSTOMER SERVICE.

We sustained roof damage during a recent hailstorm and had called on several roofing companies for an evaluation.... We decided on APCO because they were responsive to our many questions and are an established business, so we trusted they would be around for a long time, should we need follow-up work.... in fact, most of the other companies who looked at our roof were obviously from out-of-town... which worried us. APCO completed the job on time and within our budget and cleaned-up very well. We will use APCO again when we remodel.

Rick came out and gave us an estimate on replacing our roof. he was very knowledgable, friendly, and his quote was reasonable. We didnt use their company but we would reccomend them in the future. They were not high pressure and were priced well.

An enjoyable experiance, everyone was quite professional and my windows are great!

They took 3 weeks to get to my house but the price was very fair and the work was great. The gutter guard have worked well since day one. I would and have recomended APCO.