Here at Maury Fence Co. of Tennessee, Inc., we offer our customers the best available in fencing needs and supplies. Customer service is very important to us, and our friendly, professional staff will see to it that your needs are met.

General Info
Contact Us For More Information!
Business History
All types of commercial, industrial, and residential fence installation and repair. •Residential •Farm •Commercial/Industrial •Chain-Link •Vinyl •Aluminum •Wood •Custom Plank •Privacy •Picket •Split Rail
BBB Rating
A+
BBB Rating and Accreditation information may be delayed up to a week.
BBB Accredited businesses follow the BBB Code of Business Practices and pay a fee for accreditation review and monitoring. Accreditation is not a BBB endorsement or evaluation of the business’ product quality or competency in performing services. 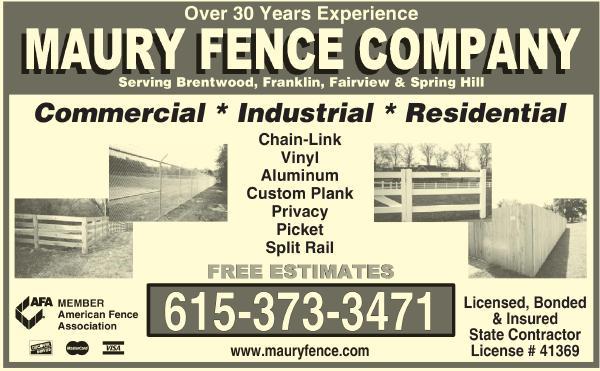 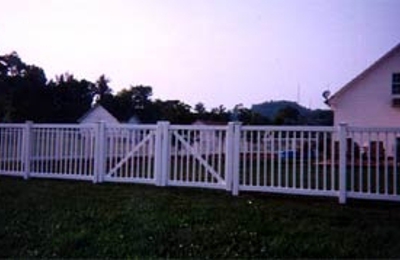 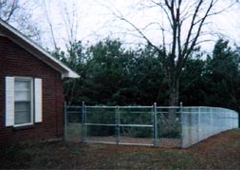 We have used maury fence 3 times in the past 4 years for various jobs.

We have always been satisfied.

At one time, they were the best of the best.

I got an estimate on a job and they gave it.

They would not do the job

Maury Fence may you rest in piece.

If I could have given 0 stars, I would have.

Maury Fence Company installed my personal fence a few years back. I knew they were first class, since I work in new home sales and had seen their work first hand. I have seen them install dozens upon dozens of fences for my clients and all my neighbors in Wades Grove. If your looking for a good fence company call someone else. These guys are great and do what they say and on time.