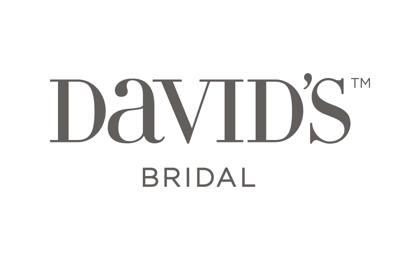 My daughter and I went this past weekend. They had a very big selection and a lot of the latest gowns.

We had Shannon as a Consultant and she was awesome. She was very sweet and did a wonderful job

trying to please the bride to be. It was a very pleasant experience.

Save your time and go someplace nice. One of my bridesmaides ordered their dress and no one else had at the moment. The color was completely discontinued and no one called me! I found out when one of my girls went to go get her dress and the color was discontinued for over a month! They gave me a very hard time taking the dress back. And even when the Asst. store manager was polite about it at first, the store manager had to come up with an attitude and say that she was the store manager and SHE would make the decision if the dress was going to be returned or not! And then, a group of employees with the two managers decided to talk about me in a circle right in from of my face as if I was not there. I had went up there to exchange the dress for flower girl dresses. They were really busy and they many rooms open but they would not let us take the girls in to try on the dresses until a sales consultant was available. WHY?! The girls don't want a stranger helping them, they want their MOM! We did have an appointment but we were a little early! This place sucks! The alterations department sucks too. It took them about 5 to 6 hours to hem my dress and get it buslted right and I still had to go back. What took so long is they had one person doing the pinning and they scheduled a whole swarm of people for alterations that day so I had to keep going back in the dressing room to sit and wait while they finished someone else that came in. Unbelieveable!

Last may I was in a wedding and the bride asked us to purchase a dress at David's Bridal even though she had gottan her dress from a boutique. The people at David's Bridl were so rude to me! They promised me the dress by the end of April ( I ordered in March) and then told me it would not be in until May 7 ( the day BEFORE the wedding). I spoke with manager and advised her of the sitution. She could not have cared less. She pretty much told me tough luck. I called Corporate and they had the same attitude once they could be reached. I actually had to contact the BBB and dispute the charge on my MC before David's Bridal would try to help me. I am so glad that they were not in SC when I got married eight years ago. I actually had a wonderful experiance with my wedding and bridesmaids dresses at a small boutique that has been put out of business by this horrible corporation. I would NEVER recommend that a bride go to David's Bridal. Go to Jo-Linns or Bella Vista. They may be a little more expensive but, you will get a thousand fold back out of their customer service.

My daughter is getting married at the end of October and went to David's Bridal to buy her dress. She bought a plain simple dress that was inexpensive. The sale price was $250.00. From what I understand the clerk(Francis)was extremely rude, and made promises to my daughter that were never realized. The dress when my daughter went to pick it up was 50.00 more (which was not disclosed at the time the order was placed) she promised they could steam the dress and by the time my daughter left she was in tears. This is suppose to be a happy time for our family and David's Bridal ruined the occassion. What ever happened to courtsey. Anyone can be ugly or rude it takes a real Southern Lady, which Francis is obviously not, to keep her cool under pressure and still be kind. Kindness does not cost you anything. Why on God's green earth were they so rude? I had to work and could not attend this particular event but none of this would have happened if I had been there. I would have taken my business elsewhere. Do not use David's Bridal. I googled the corporate office and you would not believe the negative reviews. I would call corporate and raise a fuss but I really do not think it would do any good. I don't understand why they are still in business.

I thought the selection was ok but the lady I had was a little short... and they wold not let me get someone else. After I used the dress I took it back to have it shortened for use as a regular dress and it looked great.