Get the Real details, not just all the HYPE!! 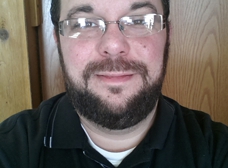 I cannot recommend this business. I approached them for a large install job of DirectTV in the business I work at. Intially the process went smoothly. They were quick to answer my questions and called me when they had a question. Then the wheels seemed to fall off. Brandon called me and said he was working on a quote after discussing our needs. After several days I called inquirying when I might receive the quote. He ensured me he was making sure he got all the details correct. After almost a week I call back and spoke to Brandon again. He says the quote is almost done and I should have it that day or the next. Surprisingly, during that same conversation out of the blue he says that instead of wanting to do the job they are going to recommend someone else to do the install and he will put that recommendation in the email and that he will still send the quote so I would have a price reference when working with the installer they recommend. Neither the quote or email ever arrived. I have since tried to call and text Brandon. He has chosen not to respond. After nearly two weeks I tried to reach out by calling the office directly. I explained to the gentleman who answered what was going on and he seemed unapologetic and unconcerned to my plight. He said he would call Brandon and tell him and have him call me. By his tone and seeming lack of concern I did not feel I would hear from anyone much less Brandon. And that is exactly what happened. I have tried to call Brandon several more times to no avail. If you do any business with Mike's and Son's Satellite ask them to refer to this review for what not to do.