General Info
Let Maaco Collision Repair & Auto Painting, turn the car you drive back into the car you love. As America?s #1 bodyshop, Maaco Collision Repair & Auto Painting are the experts in accident damage, dents, dings and faded paint repairing more than 20 million vehicles nationwide. Our expertly-trained technicians will make handling your insurance claims and accident repair easy by providing quality repairs you can trust with a nationwide warranty. We work with all automotive insurance companies to make the process easy, affordable and reliable from start to finish. We meet a strict repair standard at a value and quality other collision repair shops can?t provide. Call Maaco today to schedule your free estimate.
Hours
Regular Hours
Services/Products
Auto Painting Process Step 1: Body Repair - Worried about those small dents and unsightly scratches ruining your paint job? Our body repair technicians have mastered the method of eliminating those blemishes down to a Five-Step Process to ensure that your finish is free from those small dents and unsightly scratches. Step 2: Surface Preparation - You know those chips, scratches, cracks and excessive peeling on your vehicle? If left untreated and exposed to the elements over time, these conditions could ultimately ruin your paint job. At Maaco, our estimators examine your vehicle and suggest condition repairs. We offer affordable surface prep options that ensure your MAACOVER looks great. A little surface repair before the paint goes on can ensure it holds that gloss and shine for years to come. Step 3: Surface Sealer - Sealer plays that all-important role of establishing a barrier between the old and new paint. This ensures consistent color and a higher gloss throughout the entire painted surface. At Maaco we offer 3 grades of sealer. The right choice is all about durability, and ultimately the amount of prep work needed for your particular vehicle. When it comes to the durability of your vehicle's paint, sealer helps keep consistent shine long after the job is done. Step 4: Paint Services - We offer three paint packages tailored to your specific needs and budget concerns: Basic, Preferred and Premium. What makes each of the three services unique all comes down to two factors: Longevity of the paint, which includes warranty/durability, and the appearance of the paint, which includes gloss, color match, and metallic appearance. Step 5: Protection & Services - A great paint job deserves great protection. We often apply clear coats to our paint jobs to not only protect the paint, but to ensure an accurate gloss match and an overall seamless repair.
Brands
Maaco
Payment method
all major credit cards
Neighborhoods
Pulpit Rock, Northeast Colorado Springs
Amenities
Collision Services - We will assess the damaged area; recommending either repair or replacement of damaged parts and components, depending on what is the most cost effective for you. We will also repair areas where it is more cost effective to retain the original equipment; damage such as dents, dings, scratches and plastic and fiber glass repair. Insurance Claims - Depending on the amount of damage your car has and the cost of your deductible, you may save by paying out-of-pocket for repairs. If you're making a claim through your insurance company, you'll be happy to know that Maaco works with every major insurance carrier. We'll coordinate with the insurance companies involved, schedule an appointment for your car to be inspected, and even find you a rental car while we make your repairs. We use original manufacturer parts, factory specs, and precision assembly to expertly rebuild your car so it looks and drives like it did before the accident. Fleet & Industrial Services - Our clients benefit from a national footprint, corporate oversight, simple production model with faster turnaround, customized programs for special project needs, and a national warranty. Fleets of all sizes trust Maaco's reputation for craftsmanship, speed and economy. Maaco stands behind its work 100%, there are no management fees, and with centers coast-to-coast, there's always a Maaco facility close by.
Other Link 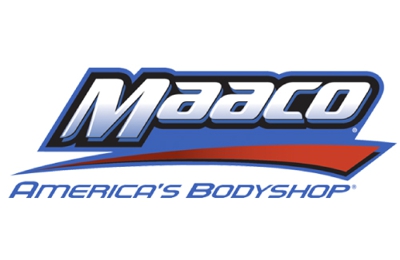 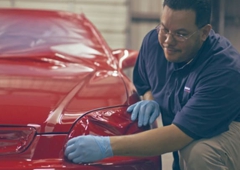 I would have given them 4-stars when the service​was originally done. The truck was not on time nor was all the work done. But the end product looked nice.

What defines a company is when things go wrong. This MAACO provides the worst customer service imaginable in my opinion - both locally and with their corporate offices in Charlotte, NC. Paint began failing after only two years. Was another year before it became so bad I reported it to MAACO. They dragged their feet so I took it to corporate who also dragged their feet. Finally got BBB involved who lit a fire under them.

Truck was eventually repainted in year 4 of 5 year warranty so I had to pay prorated share. They tried to prorate based on 4 years but I fought it back to 2. Was supposed to extend warranty by a couple years too. Sadly, even THAT paint job failed in 12 months! Would love to post pictures. Trying to resolve AGAIN but same story. It's been 5 months already. No resolution and poor communication!

In January I will take them to small claims court.

So I took my 01 Explorer to Maaco , the one on Garden of the Gods . It was peeling, and completely faded bad! So I talked to Mike and he gave me a great deal. i got my whole car painted and it looks brand new! I can believe it! I was gonna go buy a new car cuz mine looked so bad, but now my friends wanna buy mine! lol They were awesome !! I couldn't be happier !

I have been to the Maaco several times and have always been greeted in a friendly manner. They are very quick to assess the issue with my Jeep, make repairs or recommendations.
Thanks to the Ambuul family for all your great work!