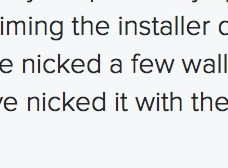 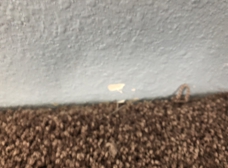 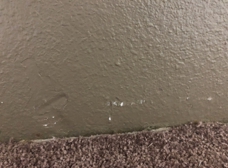 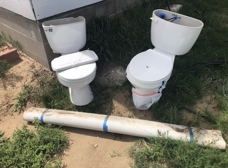 Hi there!
Rate this business!
First-classBetter than mostAbout what I expectedNot the worst...Disappointing
Click to Rate
Randy B.
Overall
Expertise
Professionalism
Selection

Updated for Owner's response lying to/about this disabled veteran yet again (they hit google and yelp, I am preempting them here.)

They flat out lied to me, all of them. Everyone from the sales person on the floor, to the manager last that day we selected them, and later even the install scheduler, told me they could take care of subfloor issues.

The day of the install, "Actually, we can't replace one board of subfloor. You'll have to find someone else."

This halted the install mid process, costing me a premium to get the fix done in a hurry..... while secondary issue arose with Academy Carpet refusing to pay the installer, causing him to have to leave the job site to drive back into town or not get paid.

Apparently they ticked the guy off, who came back angry and damaged basically every wall in my house he worked near while he angrily installed our carpet.

Every wall we just laid to re-paint has score / tool marks, some very deep into the drywall. The images added here are a mere sample of the damage.

They lied to us, cost me more for a repair I could have had a contractor on months ago, held up our install, and damaged our freshly painted walls, the multiple delays which are costing us even more time before we can put our old house on the market, and longer we have to pay the bills at a second home.

Academy Carpet has seriously screwed us several times over in this single exchange; we strongly recommend you find any random homeless person with one arm and no legs instead of Academy Carpet, you'll have a better experience with less headache.

***UPDATE****
Got a call from the sales manager (also Randy), “We have two new options for you unfortunately with you complaining to BBB and all...” (It was actually a review.) “...the owner wants payment in full or or we can charge you for materials, and let you find your own installer. He thinks you might not pay after we finish now.”

He repeated this worded several ways, but the punchline was, “we lied and did several shady things to you, but owner says pay us or we won’t even schedule a finish, cause we don’t trust you now.” -While breaking a second agreement with me, I was to pay the second half on completion.

They then refused to finish clean up in my yard, left the toilets, flooring, and tried refusing to pay for the wall damages until I promised to sue them.

My review, is 100% honest. With pics to support my claims. I’ve got tons more pics. What a sorry thing to do to a customer your company lied to, cost money, and massively inconvenienced.

They never apologized, they responded by leaving flooring material and toilets in my yard trying to get back at me for reviewing their business, not an apology. "Cleaning up after ourselves isn't in your contact." And I then had to threaten to sue them to get the promised reimbursement for my walls their installer damaged. There were no baseboards, this portion of the owner's response is another fabrication.

Check the BBB review where the lying owner claimed "all the damage was higher up on the walls away from where our installers worked." I offer the pics here as proof of this owner's consistent LYING. Only when they realized I had pics & msgs from them PROVING ALL MY CLAIMS did they back down and pay for the damage their installer did. Seriously, any random homeless person with 1 arms and no legs is a better choice than the Academy Carpet Liars to do carpet business with.

The best flooring company hands down! Excellent customer service from Steve. He answered question we had. The installer Josh explained everything in detail and the floor installation was outstanding. Josh does quality work! The floor looks great. Our basement (where we have our daycare) looks great. We could not be happier.