Join IHG One Rewards. It's better to be a member. Book hotels direct at ihg.com/holidayinn for our lowest rates. You won't find these prices anywhere else.

General Info
IHG One Rewards. It's better to be a member. Join IHG One Rewards to unlock benefits that will immediately enhance your next stay. Book hotels direct at holidayinn.com for our lowest rates. Enjoy superb comfort on the road with this 143-room hotel, including high-speed Internet access, delicious cuisine at the Mixing Bowl Restaurant, a heated indoor pool, and 24-hour fitness center. Stay Where Contemporary Hospitality Meets Thoughtful Amenities at the Holiday Inn Richmond Petersburg North Fort Lee! Located off I-95 at Exit 53 in Colonial Heights, we offer a convenient gateway to Petersburg, Hopewell, Prince George, Dinwiddie, Chester, as well as Fort Lee and Virginia State University. Surround yourself with a diverse range of attractions, from the thrills of Virginia Motorsports Park to the Petersburg National Battlefield and Pamplin Historical Park to the bargains at Southpark Mall. Even if you're in Petersburg Colonial Heights to enjoy the great outdoors, we want you to enjoy our great indoors as well. Savor tasty grill favorites and delightful ambiance in the Mixing Bowl Restaurant, or dine in the privacy of your room. Enjoy the solitude of elegant rooms, featuring stylish décor and the comforts of home. Stay current and connected with high-speed Internet access. Stock your refrigerator with snacks, drinks, and easy-to-prepare meals. Polish up tomorrow's presentation at your spacious work desk with ergonomic chair. Hosting an event? Select from over 6,000 square feet of event space, including 5 elegantly appointed meeting rooms. Trust our on-site event planners to design a flawless catered event. We're here, ready with all you need to make your trip to the Tri-Cities a success. We're the new Holiday Inn Richmond Petersburg North Ft Lee.
Email
help@ihg.com
Extra Phones 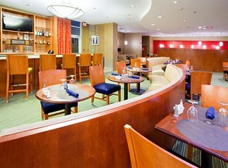 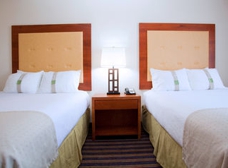 I worked for this hotel for a few weeks until I found out that they take half of your tips on room service. I didn't understand this and asked my manager WHY ? He told me It was a Delivery Charge. I have worked for Holiday Inn for a number of years and trained servers for Room Service Right on Time and Best for Breakfast and have never seen a Hotel keep HALF. This in my book is "NOT RIGHT AND BORDERLINES ON FRAUD". I was drawing unemployment before I took this job so I went back to unemployment and they reopened my case. When Richard the GM was called on the case he stated that I was aware of the split and that I agreed to it.....NEVER......I don't think your guests would either considering the menu states 20% to the server.... not 10% to the server and 10% to the house. Unemployment ruled in his favor,stating its not against the law for an employer to keep half your tips.....During the unemployment interview,the interviewer said, you mean "If I go in their as a guest Of Holiday Inn and order Room Srevice the menu states 20% and they get 10 %. "ITS JUST SO WRONG" I KNOW WE'RE ALL IN A BAD ECONOMY BUT THIS IS RIDICULOUS. I have worked for other Holiday Inns and never seen this practice. I just don't understand how one can be so different from the others.I know the standards and they are High ! Holiday Inn is a Great Company.I just don't know who's Bright Idea this was ! Never, ever have I seen it at the other 3 Holiday Inns I've worked at.I was also informed that I would no longer be eligible for employment at any of their Properties(SHAMIN). BEWARE