General Info
Each one of us is unique with our own story to tell. As North America’s largest provider of funeral, cremation and cemetery services, Dignity Memorial® professionals excel at helping families create meaningful tributes that truly celebrate the lives of the individuals they represent. With an extensive network of more than 2,000 locations throughout the U.S., Canada and Puerto Rico, Dignity Memorial providers offer families personalized services and advanced-planning options to meet any need. From the simple to the extraordinary, your Dignity Memorial professionals are here to see that your special story is told.
Hours
Regular Hours
Extra Phones 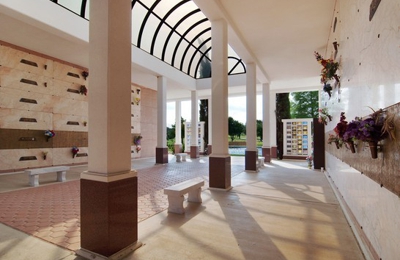 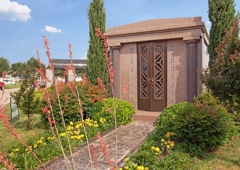 my uncle had passed away and my family speaks Spanish so there was a miscommunication upon planning the funeral arrangements for my uncle. Because of their cold hearted ways they would not let us see my uncle and say your goodbyes. All they care about is money and if you don't have money and they won't let you say your goodbyes to your loved one. But if it was their loved one and if they were in our shoes there will be exceptions they are making this grieving process harder than what it should be they don't deserve to be in business. They have no respect for the deceased and they have no respect for the families grieving for their loved ones. I suggest that you consider a different funeral home like a Greenwood or Mount Olivet because they know hospitality God bless.

Absolutely horrible customer service here. As others have stated in several reviews, they are caring, compassionate and and deeply sympathetic .... until you pay them, then the real truth starts pouring out !

I received a call yesterday informing me that my fathers remains (ashes) were ready to be picked up for internment at our church columbarium. I was out of town on business and my wife was told that I would need to pick up the remains this morning. My wife was told that if we wanted to pick up his remains on Saturday (today) that it needed to be done early as Saturdays were very busy and they would not be able to help much due to heavy traffic. So.... As requested, I arrived at their location at 8:15 and was promptly informed by the less than enthusiastic receptionist named Martha, that nobody there could handle his remains or turn them over to me due to the early arrival. The location opens at 8am, but apparently the funeral directors don't come in until 9am. Would have been handy to know this rather than getting there early as requested yesterday. I left a business card and asked for someone to call me when it was convenient. I received a call about an hour later and was informed by Truett Calvert (who's card states Funeral Director, but I would challenge this as he clearly had no training in customer care). After getting his business card and hurriedly ushering me out (they had another "customer" waiting) I was appalled that NOBODY at the funeral home uttered the words " I'm sorry for your loss" or " I'm sorry about your needing to make two trips this morning due to their late arrival.

All of this told me two things....

2) this will NOT be where my mother winds up in the future.

Please make sure you do a diligent search and read the reviews before turning your loved one(s) over to Bluebonnet Hills for processing or burial.

VERY disappointed in Bluebonnet, especially as many of my relatives are buried in their cemetery. Cost at Bluebonnet for funeral > $8000 plus other ""fees"", like $600 for ""overtime"" since we wanted the service on Saturday. Cost at North Dallas Funeral Home, a VERY nice family owned business, $2500 and they don't charge ""overtime"" for Saturday. Bluebonnet must have some really well paid cemetery workers!! Avoid them at all costs. Even the pre-paid plans are a scam. Do your research before you choose!!

We have purchased our plots, prepaid funerals, headstones, etc from Bluebonnet hills...and throughout my dealings with them, I have found the people there to be very thoughtful, helpful and respectful. The grounds of the memorial park are beautiful with great views. The grounds are kept in immaculate condition as are the headstones. I always recommend this place to anyone I meet that is interested in preplanning their final resting place to take the burdon off of their children/spouse. Think, plan ahead, be smart.

When my husband unexpectedly died I choose Bluebonnet Hills so my mother-in-law could visit often. They have been unprofessional, deceptive, and unreliable. Because we were both students on a limited income BBH suggested ""standard"" items, but the price list revealed these options not so economical as “standard” implies. On sitting down with the staff to try to bring the cost down the ""sympathetic"" demeanor of the staff vanished. The afternoon before the funeral I was informed that “plot would not be dug”, because they could not verify my husband's job or life insurance policy. I had to call the insurance and employer and have THEM call. Their minister offered reading to my mother in law that I had already declined. Two months later I have yet to receive the death certificates. And although we had the most economical options, I’ve generally heard that I ""got taken."" Please avoid Bluebonnet Hills Colleyville and the homes managed by their parent company, Stewart Corp.