General Info
The Most Fun You Can Have With Gravity - Our banquet hall holds up to 300 people, and it is great for weddings, reunions, dances, graduations, meetings, and more. Give us a call today to learn more. A great way to keep kids engaged, safe, and active is to involve them in one of our youth leagues. We give kids a safe and judgment-free environment to play and learn, no matter their age. We have two great programs for parents to choose from these programs include: After-school bowling Youth league bowling Looking to find a great way to have fun while improving your bowling skills? You've come to the right place! We encourage you to join one of our bowling leagues - you'll make friends and learn new skills every time you come. Have fun, get some exercise, and meet people who share your same interests when you join our outdoor sand volleyball league. It is a co-ed league with no traveling involved, and we meet every Monday night. We offer a 6-person mixed league, and we would love for you to join us. Enjoy yourself and make some new friends while you improve your volleyball skills - we look forward to having you on our team. We hold tournaments for families, individuals, and mixed competition throughout the year. If you're competitive or just looking to have fun, register for one of our tournaments today! In addition to various fun activities that we offer, we also have a wide menu of food and snacks that you're sure to love. From pizza to a full char-grill, we will ensure you're well-fed and ready for fun every time you visit us.
Hours
Regular Hours
Other Link 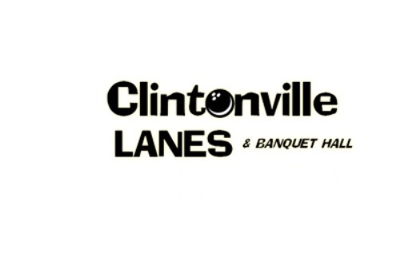 I don't usually complain like this, but here I go:

It's a bowling alley I've been going to since I was a kid, it's sad to see it in this state. The 30-year old lanes are constantly breaking down to the point where games can stop for several minutes at a time. The electronic scoring equipment was great when it was new, I remember when they brought it in, but the monitors that it displays to are in terrible condition, many of them have color/stretch/resolution problems that are frustrating. On top of that, there are a few members of the staff that can be very rude. A few weeks ago some friends and I were bowling together because we hadn't seen each other for some time - one friend left without paying - the plan was, before we even began bowlin, that one of us was going to pay FOR him. One member of the staff approached me and asked me about him, I understood his concern but he was very rude about it, I ended up leaving the alley in a bad mood.

Today, I was thirsty and approached the desk to ask if they had bottled Sun Drop, the lady that answered me said "Yes, FOR A DOLLAR 75" (as if she was implying that I wasn't planning on paying for it. I suppose I was being a bit softskinned, but that put me in a bad mood, especially when I make a conscious effort at all times to make sure I'm paying the right amount for everything.

And to top it all off, just now as I'm writing this review, a staff member shut off our lane while we were in the middle of a game. Fantastic.

The plus side: The place is kept quite clean and well-stocked (minus their selection of bowling balls).