"For Personal Attention When You Need It Most."

General Info
What we are NOT: A 1-800 doctor or lawyer referral service, marketing firm or web front. Multiple locations with many attorneys and a large staff who deals with vast numbers of clients. An impersonal office where you just meet with assistants during appointments or leave voice mails when you call. A high volume, cut and run settlement mill. A firm who makes you fend for yourself with your property damage issues. Non attorney claims adjusters who negotiate your case. What we ARE: Located in our own modern professional office building with easy access from both Pinellas and Hillsborough counties. A friendly law office were you can talk with or meet your attorney from your very first contact. Attorneys who regularly meet with our highly valued clients, supported by a staff who personally answer your calls. Each case is individually reviewed and intelligently examined by caring attorneys and paralegals. A firm who will help you with property damage issues and related concerns. Attorneys who will negotiate the settlement of your case with trial tested experience.
Email
Email Business
BBB Rating
A+
BBB Rating and Accreditation information may be delayed up to a week.
Extra Phones

Services/Products
Areas of Practice: Auto and Motorcylcle AccidentsPremises LiablityNegligent SecurityWrongful DeathAnimal Bites
Payment method
no credit cards
Location
We are located .4 miles east of US 19 on Roosevelt Blvd (686)
Amenities
Choosing an attorney can be a very confusing process. You may find yourself asking what do I do next or where can I turn for help? At Haddad & Associates, we want you to have all the answers even if you don't choose one of our attorney's to represent you.
AKA

For Personal Attention When You Need It Most. 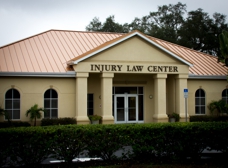 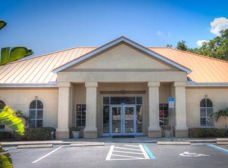 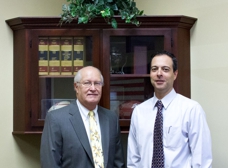 I Luwanda Montgomery have been doing business here at Haddad & Associates Injury Attorneys for about 10yrs. Wonderful company the people here are very loving. They have always been a great deal of help. Mr.Hadadd you have been a graet help thanks for EVERYTHING!!!!!!

Website: For Personal Attention When You Need It Most.