General Info
From the leading performance tires and off-road tires to a wide selection of custom wheels, the local Discount Tire store in Clarksville, TN is sure to have what you're looking for.
Hours
Regular Hours
Extra Phones 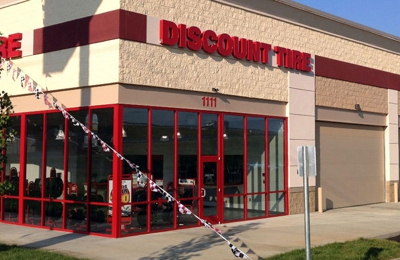 I went a few days ago to buy brand new tires(4) and they had advised me it would be an hour and a half of a wait, and I told them that was fine. I also let Dustin know that last time I came they added too much air pressure on my tire, and only wanted 32 instead of 35, and he wrote it down on the paper that technicians take outside while looking at your car. While I was waiting patiently I looked at the time and it now has been three hours. They bring my car inside and I see the technician grabbing some tires and about to put them in my car. I immediately notice one out of all four is completely different. You can literally see it the tread and shape of the tire was different from all other three. I go outside and let the technician know that one of the tires does not match the rest, and it is not the tire I bought. He assures me it is correct. They now put all my tires on and bring the car outside. The technician hands me the keys, and I walk around my car and show him that one tire is different then others he said I'm right, and apologized and takes my car back inside to switch it to the correct tire. I go inside and ask to speak to a manager and Dustin let's me know he is one of the managers on duty. I explained to him the situation, that I let the technician know one out of four tires did not match and he assured me it did, and a technician agreed it was not correct. He stepped outside and spoke to the technician, and it turns out the technician I spoke to was on lunch. This new technician was taking over for him, and didn't know that one out of all four were different. Dustin apologized and said they should have double checked. I told Dustin, that I had been waiting over three hours, when he originally told me an hour and a half, and now I'm running really late to work and all he did was apologize. I come home, and now I'm worried about the air pressure since I only want 32, and check and they ended up putting 41. I will not recommend this place to anyone, and have them experience what I did.

Discount Tire is great. Got awesome help from a gentleman by the name John. Great service and help. Got free tire and rotation on my jetta. Recommend this place to everyone.