General Info
Our name may be Tire Discounters, but don't let that fool you - tires are just the beginning. We do more to make your tires last longer. We can inspect, recommend and fix almost everything you need to get your vehicle up to speed. Our services include new tires, alignments, oil changes, brakes, custom wheels, shocks and struts, performance upgrades, batteries and other automotive services for both your personal and fleet vehicles. Learn more about our incredible services we offer by calling us today. We're closed on the following holidays: New Years Day, Memorial Day, 4th of July, Labor Day, Thanksgiving and Christmas.
Hours
Regular Hours
Extra Phones 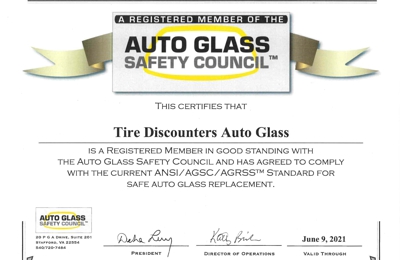 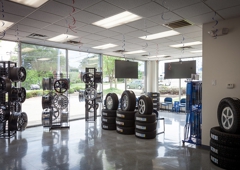 My wife bought two new tires and assumed everything was included as they advertised. They did not even OFFER alignment to her. She purchased the ""Freedom Plan"" to cover the tires. Less than 5,000 miles later one of the tires blew out while driving. The steel belt was showing through the inside of the tire. They told her it was not covered under her plan because her car was not aligned properly. They said the other brand new tire was bad and would need to be replaced too. They told her they could not align the car until the end of the week because their ""alignment guy"" was out. (After they explained the dangers of driving with the car out of alignment) So the two new tires she had to buy ""again"" would be driven for a week horribly out of alignment. Funny thing is my wife has a friend that works there and he was not there that day and that is why she went there. What a RIP OFF, it is a good thing I was not there.