debgib1959
"Called these guys because my washer was making a loud noise. I was impressed with Scott who was very knowledgeable about my washer. He had it running normally probably within less than an hour. I would recommend you call these ..."moreguys."less

When you're looking for an honest, reliable and affordable appliance repair company.

General Info
A1 All City Appliance is a family owned and operated, full service appliance repair company that has been serving San Antonio for over 30 years.
Business History
For over 25 years, A1 All City Appliance Repair has serviced San Antonio and Bexar County's appliance repair needs.
BBB Rating
A+
BBB Rating and Accreditation information may be delayed up to a week.
BBB Accredited businesses follow the BBB Code of Business Practices and pay a fee for accreditation review and monitoring. Accreditation is not a BBB endorsement or evaluation of the business’ product quality or competency in performing services. 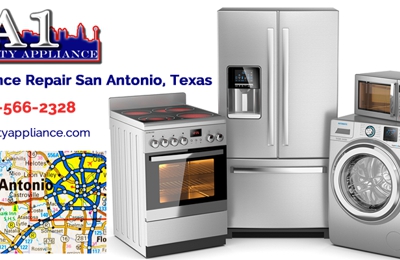 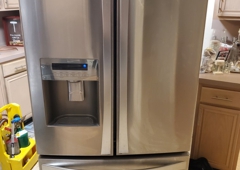 Horrible experience. I DON’T recommend them. I believe they lack integrity. Called A1 All City Appliance Repair because my Samsung Refrigirator fan was making a loud noise. Repair was done 26 Mar, cost me $365 to replace a part that was causing the unit to over freeze and the fan to make the loud noise. About a month later the same problem. Same repair man came out 1 May and defrosted the unit. I believe he never actually replaced any part back in March but just defrosted the unit. I cannot prove it. I got the same amount of time with no noise when I defrosted the unit back in January of this year. Anyway, On 1 May I challenged him on the replacement part and that’s when he said he needed to replace another part. He was always very vague and never actually showed my wife what he replaced. He came back 3 May to replace a part but my wife said she watched him the whole time and never saw him replace anything. He never showed my wife what he replaced. Very suspicious and it looks dishonest.

I called Mike and set up an appointment to repair an icemaker in our refrigerator and our dishwasher. We set it up for the afternoon. He called in the morning and asked if I would like for him to come earlier. That worked out for me. Mike arrived on time. and had both appliaces repaired and tested within an hour. The charges were less than I expected, especially since we live out of the county. I would recommend this company to anyone needing appliance repair.

Called these guys because my washer was making a loud noise. I was impressed with Scott who was very knowledgeable about my washer. He had it running normally probably within less than an hour. I would recommend you call these guys.

Called A-1 after waiting 3.5 hours for a technician from another company to arrive that was a no show. Mike from A-1 personally answered my phone call and was at my door in less than 1 hour! Very professional, extremely knowledgeable, and will highly recommend him to all needing appliance repair. He is the person I will call for all future appliance repairs at my house! Thank you Mike!

Fixed my 10 year old maytag dryer. Wish i didn't have a repair but this company fixed it right and was pretty quick getting to my house. Would call them again.

My Maytag Neptune dryer would not start. I considered buying a new one but thought i would call around to see if i could get some advice. I called 3 company's before i called A1 and am glad i did. Mike helped me over the phone and suggested that a possible fuse could be the culprit. Sure enough he hit it dead on. He was at my house within 2 hours of my call and fixed my dryer for less than i thought possible. I am so impressed.

I called A1 all city because my refrigerator had quit cooling. It was Saturday morning and when i went to get some creamer for my coffee i noticed the puddle of water on my floor. I opened the door to the freezer and all the ice was leaking onto the floor. I started to panic pretty bad because i had just gone to the store and bought all this meat. I called several companys and believe it or not no one answered the phone. I found A1 all city and praise the lord Mike picked up the phone. He said he would be out in less than an hour. He came and had my refrigerator working within 15 minutes. I am so greatful to A1 that i decided to write this review. Thanks so much