General Info
Chicago Carriage Cab provides taxi services to and from airports in Chicago, hotel and office pickups, meetings and conventions and sightseeing. It has a fleet of Ford Crown Victoria taxis equipped with rear-leg room, plush interior and passenger-operated rear climate control. Its taxis are also equipped with back seat color display screen that updates passengers on their location and on local attractions. The company utilizes wireless communications technology and offers drivers training and incentives. It provides drivers on-site, 24-hour mechanics and amenities for washing cars. It has a computerized billing system that provides trip verification and cost-center accounting. It offers customers various payment options, including credit card and corporate vouchers. It provides corporate accounts pre-printed vouchers. Its Web site provides information about services, rates, events, special offers, billing and reservation. Its headquarters has custom murals, driver's lounge and recreation facilities. It is located in Chicago.
Email
Email Business
Extra Phones 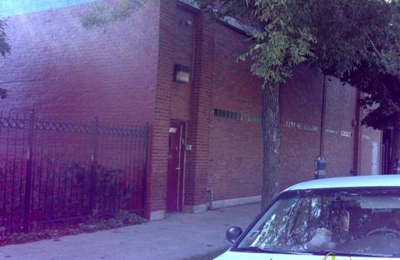 Awful and unprofessional. Went $50 in the wrong direction then tried to get me to pay the full fare anyway. Threatened to call the police if I wouldn't pay. Tried to "cut me a deal" instead of calling dispatch to get the correct fare and tried to charge me $140 instead. Again, I refused, and again he threatened to call the police. Spent 20 minutes outside my destination arguing with the driver before he agreed to charge me the correct price. What a thief. No wonder the cab business is going down the toilet. Good riddance.

Horrible company!!! They are THIEVES!! DON'T USE THIS COMPANY!! My son came back from a trip to Mexico and left his IPhone in the cab. He realized it as soon as he got out and contacted the cab company immediately. He provided Chicago Carriage Cab Co (AKA Elite Cab, Royal Three CCC Cab Co) the pick-up and drop-off locations, description of the SUV, the driver's name (or close), description of the driver- YET THE COMPANY COULD NOT TRACK THE DRIVER- EVER...AT ALL! Isn't that a little scary? And there are cameras in the cab, so give me a break! To make matters worse, the scumbag driver used my son's phone to try to extort money from his grandmother by having some crying kid call her to say he was stuck in Mexico and needed money to get home! Only the driver knew he was in Mexico. The company was completely useless and didn't seem to care about his loss or THEIR employee's appalling actions. We called them several times over the next few days and they either were no help or didn't return the call. They are all a bunch of scam artists. DON'T USE THIS COMPANY! Addendum: This company is listed on the credit card as Chicago Elite Cab. They appear to be the same company. What a bunch of crooks! Read the other terrible reviews. These people should be shut down. If you see a red Chicago Carriage Cab at the airport or around town, DO NOT USE THEM!

My cell phone made the mistake of slipping out of my pocket in the cab. I didn't notice until they cab driver drove away and it was too late. I also did not have any idea what taxi cab company it was. Coincidently I was in a very bad mood for leaving my $600 PDA in the back of a taxi cab. I was pretty sure it was stolen, but I tried calling it anyways. The cab driver answered and delivered my phone back to me at my office. I couldn't be happier! Well done 4601.

I was violated not once but 3 times by a taxi from this company (TX1944) on LSD today, he cut me off with no blinker, after I honked he sped past me and cut me off again from the left hand lane, again without a blinker then almost caused a wreck by intentionally slamming on his brakes with no one in front of him....After myself and several other motorists went around him and honked, he made vulgar motions out of his window. He did all this with 2 customers in the taxi. Is this appropriate and acceptable behavior or was he drunk? I understand that driving all day can be stressful but there is no excuse for such behavior. Not only did he risk the well-being of several motorists on LSD but also that of his fare. His behavior was completely uncalled for.