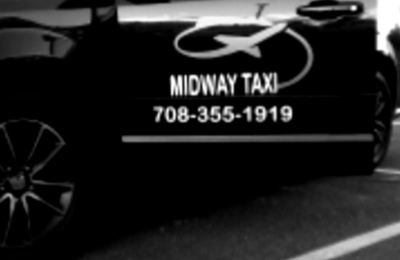 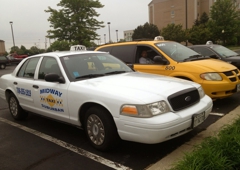 Verry helpfull,prices are good and driver is knowledgeable of the city. definently will use again .thanx for the safe ride

Hello people just wanted to share my experience with you about my favorite taxi service,i been taking this taxi for 2 years now ,the guys are amazing and the female too,just today i got driven to midway airport and on way driver asked if i would like to enjoy a cup of coffee.with him?i was like yes so we drive to DD and he paid for 2 cups mine and his !!i thought that was nice and on grounds that my taxi was paid for by my employer i was shock that he went outa his way like this,he wasnt lookn for a tip he was pleasing the customer .thats what i call service with a smile.thank you again .

wow called these guys and asked how much would they charge to pick up from 87th to go to 79th southside and they told me $25.00 then said oh that's because its 6a.m in the morning. NO THANK YOU I CAN DO BETTER ELSEWHERE!!!! IF I COULD GIVE ZERO STARS I WOULD! THATS RIDICULOUS-

I called for an airport trip and within 20 or so minutes the taxi arrived was clean, uncagged and on time ! What more can i ask for . I had good expierience with driver he was polite and smelled like shower fresh lol. He was kinda cute as well ..... Just thought was hard to find taxi in oaklawn but this is no mac cab if you know who iam talking about yukk.. So if you need a good ride to airport call these guys you might pay $3 -5 more but worth it .. Love amy g.

I use these guys all the time cant believe seevice i get around wrigley or from american taxi oh my god ..these guys rock i call the night before for my weekly airport pikup cab always in front 10to..boy i tell u if u dind reliable cab service hold on to it its worth the xtra buks

best on time taxi to airport.they do colleges court house zoo ball parks and all your tramsportation needs

i called for a pick up for my wife after she was discharged from hospital they were there on time and driver was polite and helpful .my wife was happy theride was smmooth and cab smelled fresh

A family owned biz.good ppl to do biz w.try for youself

Will not take again, definitely NOT recommended.

i was running late for my business meeting, it was vital i made it on time, i called other cab companies i was given a high price also the customer service was rather bad, i was on hold with one company for more than 5 minutes, listening to some stupid music, then when the lady finally answered she told me there were no cabs avaliable. i then called american taxi because its a well known company, i had to listen to the automated service that couldnt understand my needs, i then called midway suburban taxicab, the man who answered was so polite, gave me a good rate, the cab was quick and ontime, the driver was also very nice, he had a clean car, drove me to my meeting on time,

i recomend anyone in need of a cab service to call this company 708 355 1919. you will not be dissapointed.