General Info
Alcohol Detection Systems (ADS) will get you on the road quickly and affordably. Our ignition interlock devices are trusted, government-approved, and easy. Call 888-786-7384
Hours
Regular Hours
Extra Phones 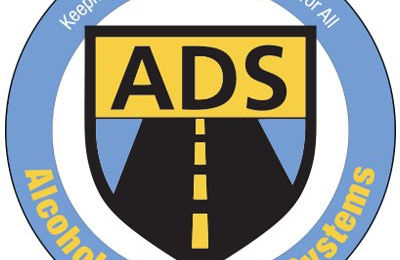 These guys are something else, my husband had gone in a couple of times to get some wind deflectors installed in my truck. He was told to bring my truck in on Saturday. Which we did only to be told that we would have to come back on Monday before 5:00 pm which according to the kid who attended to us told us was closing time. If you look on this business post their hours are shown as 11:00 a.m. - 7:00 p.m. on Monday. The kid at the front counter could not answer any of our questions, he kept going into the garage to relay our questions to whomever was back there. Not once did the manager/worker (whoever was back there) come up to the front to help us. Horrible way of conducting business.

These guys are awesome , they been around for a long time ,they worked on my 2016 Altima 3 weeks ago got a remote start from them and all works no problems like always when they work on my cars..

Terrible. I brought a 2000 Grand Prix to these guys a few years ago, and they did a great job. Fast forward 5 years, I bring a 2006 GMC Canyon for an alarm with an auto start. The alarm only worked 20% of the time and would randomly go off. 5 trips to these guys and each time the problem got worse. I finally brought it to someone who knew what they were doing and they showed me the cheap and shotty parts they used. They also showed me a few wires they left bare from the initial install. Would not recommend. Just like everything in the Chicago Heights regions: crooks.

These Guys are thieves and crooks . I left my car there for an esimate and before I could get it off thier lot, they had swaped out parts on my car. When my car went in I had a brand new 6 year battery. When I got it back the battery had been swaped out and the one they had in there would not hold a charge . I took the battery back to the place I purchased it at and found that the warrenty date had been removed from the tag on the battery. Also moduals had been swaped out .When I took my car in all lights , door locks and accessories were working. After I picked it up none of those accessories worked. And to top it off they Charged me. The next day their car that was the same make as mine that needed repair was on the front row of their Lot for Sale .