Shop Over 800 Fabric and Leather Options. 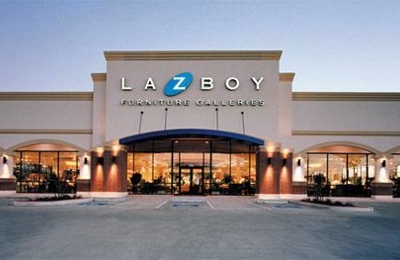 I spent three hours in the store picking out fabric with one of the male managers and the in home designer, Jane. After I finally found the fabrics I wanted I took a picture of the combination to send to my husband because he is the Navy and out of state. I placed my order with Jane. I wanted a couch and two chairs with different fabrics. Needless to say when the delivery men came 4 months later with my stuff I had two matching chairs. Not what I ordered at all! I called to speak with Jane. Two week later I finally got a call back and she told me there was nothing they could do since they custom ordered the furniture. I told her I had a picture of exactly what I ordered that day. She told me that if I looked at the inventory sheet it showed exactly what I ordered. She was correct that did except the description was numbers and all along I had assumed that those matched because I bought the exact same chair with different fabrics, but no where on the sheet was the name of the fabric. I spent over $4k on three pieces of furniture and Jane essentially told me that because of her inability to order me the correct fabric I was stuck with what I got. There is a reason I had never ordered from this company, but I gave it a chance. In the future I will never do it again. Their lack of response or ability to even apologize for their mistake made me angry, but after multiple attempts to get a higher up person to speak with I just cut my loses. I would never order from this place. I never asked for a refund or anything just wanted her to own up to the fact that she made a huge mistake, but apparently Jane was incapable of this as well as being a helpful designer!!

Love the chairs. They have a lifetime warranty on the frame. The problem is getting the repair people to get you your parts in a resonable time frame. I have been several months waiting on parts. When I called back a third time to get resolved they said they had to order them AGAIN. and it would be two to four weeks before they came in. They would come directly to me and for me to call them back again and set ANOTHER service call (FORTH) one up and they would come out.

When I ask CUSTOMER SERVICE to please try and fast track the parts beings it has been so long they were no help at all. I am still waiting on parts and have no idea when they will be here because the represetative said " They had to scrounge around the warehouse to find my parts"

Lifetime warranty is great. The problem is you have to wait a lifetime to get them repaired.