General Info
Conyers Electrical Service has been family owned and operated since 1968. For almost four decades, we have been providing all of Hampton Roads with quality, professional electrical service. We can handle any size job including residential, commercial and industrial service and construction. Conyers Electrical Service charges by the job, not by the hour so there are no surprises or hidden fees. From the basic installation of dimmers, lights, and ceiling fans to installing generators and attic fans, we make it easy. Conyers Electrical Service employs professionally trained technicians so we're confident that you'll be 100% satisfied with our work. There's almost no electrical problem or job that we haven't encountered. If you need an electrical contractor that can reliably handle more complex jobs like installing electrical panels or repairing code violations our experience make us a natural choice. With our free estimates, appointments that fit your needs, fast and friendly service and competitive rates, you'll never have to call another electrical contractor again. Ask about our Senior Citizen and Military Discounts. Conyers Electrical Service is Insured, Licensed and Bonded with 24 Hour Emergency Service.
Email
Email Business
Logo 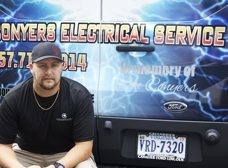 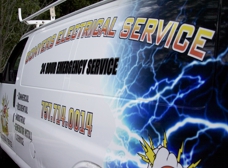 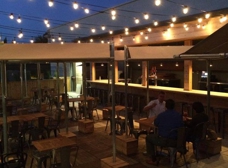 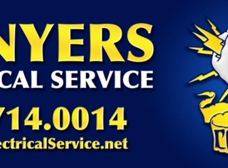 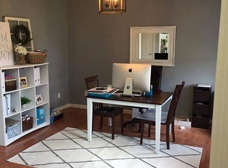 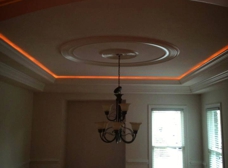 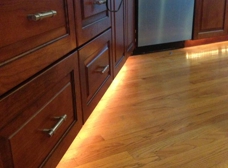 My husband called this morning to have a couple things fixed in our home. An electrician was here in no time. The technician was an expert, super nice and speedy with his work. Would use them again and recommend to everyone I know!!!

I have used Conyers Electrical on 2 different occasions and they performed their work in a very prompt and professional manner on time and at t very reasonable price. I would not hesitate to use them again and i would further recommend them to everyone i know!
Thanks for the jobs well done!
Jerry Baker

We use Conyers exclusively after the first visit for an Emergency panel blow out. Most recently they came out to install an outlet in our fireplace for the pellet stove and this was NOT an easy job. There were wall studs in the way, narrow passages for the wires etc. Not only did the guys go above and beyond to get this done but they made sure it was satisfactory in appearance and cleaned up like nothing happened. Don't waste your time with anyone else..call Conyers.

Conyers Electrical Services did a wonderful job of addressing a variety of electrical issues in my home. They were prompt, courteous, professional, and the work was top quality! Steve and his staff have made a customer for life! I would highly recommend.

What a first class business!! My interactions with Chris and Steve far exceeded my expectations. I will recommend them to all my friends. They have earned a customer for life.

Conyers did a wonderful job on a new light installation in our home! They had to hardwire the light which involved cutting holes in the wall & ceiling and when they left you couldn't even tell they had made holes! They were quick and professional and we love our new light! We highly recommend them!

I had an electrical issue with my A/C on a super hot day, and Steve sent one of his guys out right away. They did a fantastic job resolving my issue, and even gave me some pointers to help cool our home easier, without putting too much stress on our unit. Thank you, Conyers - you saved the day!

I called Conyers Electrical when my breakers were tripping and they found that water was getting in a receptacle on my deck despite the clear waterproof box I had purchased at Home Depot. They fixed that receptacle and put in a dedicated circuit for my freezer. Price was reasonable and they cleaned up really well. I will definitely call them again!

Called on Conyers to help with my panel change. They were prompt, clean, and were gone before I could blink. Great price with amazing service. Thanks Steve!

I was referred to Conyers Electrical by a buddy of mine at work. My wife had asked me to get a few things taken care of before our baby was born, and Conyers Electrical made it easy for me. Conyers installed 4 LED recessed lighting in the nursery (1 is separate from the others to use as a nightlight with a dimmer), installed a dedicated circuit in the garage for our freezer, and fixed an issue with tripping outlets because water was getting into an outside receptacle when it rained. These guys were honest, down to earth, and had great prices. I will definitely be using them again!

We were referred to Conyers by a neighbor to upgrade our panel box. Steve came by and walked through the house with us and listened to all we wanted accomplished. He made suggestions and offered advice on the upgrade. The estimate for all the work to be done was very reasonable. They moved our panel box from our bedroom to the garage and relocated the main electrical meter. They also removed the line of electrical wire that ran along the entire backside of our house (which is common in our neighborhood) and ran the new wires along the foundation and under the house. The workers were very friendly and had no problem with questions and keeping us informed during the process. I would highly recommend Steve and his crew to complete any electrical service needs!

Found out about this company "by accident". I had an electrical fire at one of my outlets, after hours of course, and Steve came out and repaired it quickly. He was thorough, knowledgeable and courteous. I will never use another electrician and have already passed his contact information to 3 people.

Family owned business, those guys came out and replaced an old electrical breaker box, rewired everything in an old house and made it safe. Upgraded to 200 amp did a wonderful job. They do what they say they're going to do. Affordable and we Highly recommend these guys. Scott and Gina, Newport News Virginia

Very professional service and the price was cheaper than four other quotes. Would recommend these guys to anybody.

I had Conyers Electrical replace my electric panel after having issues with my main breaker constantly tripping. The team at Conyers provided great customer service! They were prompt, polite and took the time to thoroughly explain all of the work being done at my house, which I really appreciated. I am also very grateful they were are to be at my house so quickly to fix everything because of the very cold weather. I will definitely be using them again for any future needs!

Steve Conyers and his team of electricians are truly awesome! They installed all of the electrical components for my new swimming pool. The guys were professional, but very friendly and answered my questions in detail. Steve was always available by cell when I needed to speak with him. I will always use him for any electrical service I may need in the future. I have already recommended him to family and friends. Good job Steam and Team Conyers!.

Had Conyers Electrical out today to do all the electric for my new swimming pool. They came all the way to Fredericksburg, VA since they were referred to me by my pool builder (who is also from VA Beach). They did an amazing job. Their work is extremely neat, and they also took the time to explain the poll equipment to me. Their pricing was very fair, and i am very happy i went with them. Thanks Steve!

We just bought a house and we had envisioned what we wanted with the lighting of the house. We called Conyers Electrical for a quote and they had a very professional opinion of what needed to be done. They worked a plan based on the makeup of each individual room. We originally wanted to put can lights inside our living room but after the consultation we ended up getting the kitchen, living room, hallway and Master bedroom all done. Steve i thought was more excited about the job then i was and i definitely understand why. The pricing was more then reasonable and Greg was able to complete the job in one day. Steve the owner came back out to ensure the lighting was to his expectation (something that i think rarely happens). I feel like the lighting inside this house have really made our new home feel complete. There professionalism goes above and beyond. I actually tried to help with the clean up when Greg stopped me and told me that he will take care of it all. Impressed by the quality of work i have scheduled a panel replacement as well as outdoor lighting within the next week. As someone else stated i wish i could give them 10 stars to really give you a realistic picture of the quality of work and professionalism that they provide. Thank You for being such a big reason of making our home exactly what we wanted!

I wish that I could give them 10 stars; it is so nice to know that there are still companies out there that offer quality work for reasonable prices and have truly professional employees that will go above and beyond to give their customers outstanding service.

I purchased a house that was built in 1939 and discovered that the 3-prong outlets that had been installed were just replacements - the wiring had never been updated and they were not really grounded. Other outlets that I needed for appliances were still the 2-prong type; at the very least I needed get those updated.

I called Conyers based on the reviews here and pictures of their work on FB. They were out the next day; Henry was on time, thorough and efficient in his inspection of the panel and the outlets.

I decided to bite the bullet and have the house completely rewired. The price was competitive and Steve was readily available by phone (even outside of "typical" business hours) if I needed to speak with him. Henry was on site every day, overseeing the crew while they were working, and the entire team was very accommodating and respectful with regards to requests or questions I had.

I am COMPLETELY satisfied with the work, have told everyone that I know about their company and work ethic and will definitely call them in the future for any electrical work that I need done.