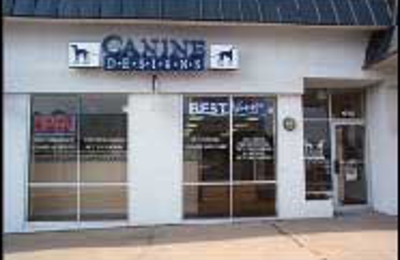 Dropped dog off at 7:30
The place was darkly lit and no signs of any other animals (no noises heard)
Said I need her back asap
My dog is timid and not aggressive.
The owner came around with a chokable leash/collar
I called at 10 and asked for an update
owner said that they opened the doors at 7:15 and that my dog was 6th in line and mine was next
owner called at 10:26 to tell me she was ready for pickup
When I arrived I said communication would have been helpful so that I knew that my dog was the sixth to be cut
Owner said I can't provide that information (Though she did on the phone at 10!)
I asked if they knew they had a terrible online rating
Owner stated that she did not and that her belief was that they had a great rating (then said that the bad ratings were old!)
Owner stated they don't like to rush the process and it usually takes a couple hours to cut a pet

The final verdict: They lie and mislead and I will not be returning.

I took my dog their yesterday, he is not easy to groom and nobody else would even try. The patience and total care for my dog was amazing! The staff there took the time to work with me and my dog. He got groomed and I left feeling so grateful. You have earned a customer for life and I will highly recommend you to everyone I know. Oscar says Thank you for giving him a chance.

We have only had one bad experience in many years and they more than compensated us for the problem. The staff if great and they are all courteous and friendly.

My dog is 15 years old...has no teeth and is scared of the groomers. This place is very patient and kind hearted to older dogs....and they do a great job. She is looks great every time. I wouldn't trust any other place with my dog.