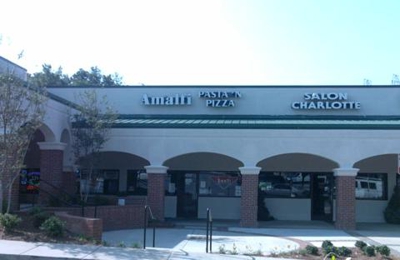 First time patron to this restaurant: I ordered a Philly Steak & Cheese to go while on my lunch break. When I returned to my office I cut off a 1/4 portion of the sandwich and took a bite. Although the sandwich didn’t have a lot of meat, it looked good.... it had tainted taste to it.

At first I thought it may be the cheese. But after separating the cheese from the sandwich and taking a sniff, I found out that it was not the cheese. I did the same to the onion and green pepper. Not them either. So then I pulled some of the meat out of the bun. Yep it was the meat that had this funny smell and taste.

I thought to myself, IS THIS BEEF, or could it be Lamb, maybe Veal or (God help me!) some other kind of meat? I immediately went to the phone to call the establishment and Mike answered the phone. I asked him if the meat that they use is truly beef? His response was, "Yes, it's steak!". (Hmmm, why didn’t he say beef?) I then told him about the tainted smell and taste of the meat. He told me that he had sold (1) earlier and they did not complain. I'm thinking... (I hope they are still ALIVE).

But since he was so rude and did not care about satisfying a Customer, I am taking to social media to tell about my experience. And just in case I get sick tonight, form the same portion that I ingested I will have proof of why/how.

I don't go to work to just take my money and just throw it away! Especially on their over-priced sandwiches. But now the sandwich has gone in the trash just like my money.  No Lunch for me today.

Don't go to this location in Charlotte! The best Amalfi's that I have tried are in Statesville, NC and Newton/Conover, NC. I will not be going back to this charlotte location!

I ate there, today, 23 February 2014. I wanted to order two slices of Sicilian style pizza, but I could not, as they sell whole pizzas on Sunday. When I said I will order a whole pizza, the person who took my order, I think may have been a manager informed the cook. Now, where I sat, I could see the cook in the back and everything, and I saw him get lippy. He had a horrible attitude and I could hear him as well. I did not like his tone.

Also, towards the end, a couple came in, and they ordered pizza, as well. When the server took their order, she told him their order and I could hear him mumble something with the "F" bomb in there.

While dining at this establishment, I noticed a lack of professionalism from this individual. He was disrespectful to the lady. He started moving his fingers to his lips like he was smoking a joint to her with some sort of attitude. He has no business working there. In fact, I doubt I will dine at this establishment until he is terminated. If anyone else eats there, look for a lighter skin toned man who may be wearing a NY Yankees fitted cap. If I knew his name, I would throw it out there, as well.

Went for the first time with my boyfriend to amalfis. First off the service was terrible from the moment we walked in the waitress acted like she didn't want us to be there or herself. I'm a server so I know what good service is and I also know what restaurants have to endure so I'm the last to complain about anything. But this place was awful. Waitress didn't greet us just wanted our order and gave attitude when we needed more time. When the salad came out the lettuce was wilting and looked like it was about 5 days old. If I am going to pay 13.75 for a bowl of pasta with vodka sauce (no meat) my salad better be fresh and without wilted lettuce. Our bill was 28.95 total for 2 bowls of pasta and 2 waters no desert, no appetizers. I could have gone to Harris teeter gotten the materials for way cheaper and been just as good without the rude service. Stay away not worth the money, very disappointed will be telling family and friends about this.

The service was bad.The food was bad and the portions were small.The waitress never came back.Also the pizza was over cooked.

This guys has a full staff of Mexicans cooking the food and I have personally encountered the owner and his wife's racism first hand.

You will love Amalfi's it's great food and I would eat there every day if I could!!!

I have eaten at Amalfi's several times and for some reason I have always had the luck of being served by the same woman who has the most awful personality I think I have ever encountered in any restaurant in my life. She is downright rude and gives you a lot of attitude. On several occasions she has made me feel rushed and that she would prefer to be doing a million other things than provide service to me. The owners however are very lovely people and the food is fantastic, but this one particular server (i think she might be the daughter of the owners) ruins the whole experience for me. I really love the food so I think in the future I will order my food to go so that I do not have my entire evening ruined by a miserable, disrespectful server.

happened upon this place accidentally while looking for Harris Teeter. Went in to order some food to go. The owner was very funny, and welcoming. I was laughing the entire time I was ordering. When I got home, and eat dinner, it was delicious!! Food was well prepared and packed, and absolutely wonderful. I just called and made another order to go right now. I would defiantly recommend this place to anyone looking for good food, and good service. GREAT PLACE!!

My family has been going there for years. It is wonderful. Love the ziti bolognese. Lunch is great price for so much food. Just wish they were not so stingy with the bread. Would recommend to everyone.

As if the service wasn't bad enough, the owner is always up in your face. Poor service! Will never go there again!

If you want a true New York Pizzeria you'll love Amalfi's. If you love real pizza and calzones you have to give it a try. Absolutely the best pizza in Charlotte maybe even in NC and SC. It is a great place to take the kids for a meal you can all enjoy. I recommend going early or calling a head if you have a large group because it is always busy. And if you cant wait get it to go it is worth it!

While Alamfi's undoubtedly has one of the finest Sicilian (square, thick) pizzas in Charlotte, getting it the way you want it will cost you as all toppings are a'la carte (same with Portofino's & Nichi's). Getting reasonable service here is a crap shoot. On two occasions dining alone I walked out because I was never served. On one occasion with my wife, we walked out for the same reason. Ditto on no bottomless drinks; another example of how you can get nickel and dimed here.

Amalfi's has the best pizza in Charlotte if not even the Carolina's. They also have a variety of other delicious italian favorites. With a family environment that is hard to find these days. Stop by and try it out for yourself.

Great atmosphere and hands down the best traditional crust pizza in charlotte.

being 18, and a college student, pizza's a frequent meal, the only thing that I disagree with is that Amalfi's is #8, instead of #1

I just love Amalfi. I have been going there for years!!

Great atmosohere and even better food. A family place that makes you feel a part of the family. This is a New York pizza lover that knows good pizza, and Amalfi's is the best pizza in town. Even better than most places in NY. This place is a real find. Get some today. Mike the owner is a blast. He'll sit down and make you feel welcome.

Not only is this the absolut best pizza to have ever been tossed in the south. It also has a great menu to boot. The recipes of Mrs. Olympia will have you begging for more room to taste the great variety.

Order the Quattro Formagio and let your heart sizzle on the steaming mass of cheese and herb.

If you like fresh, well prepared Italian food without pretense, then this place is for you!