General Info
We are highly skilled in all exterior work and remodeling. We specialize in "never-paint" siding and trim, fascia, soffit, insulated windows, insulated doors, seamless gutters, decks, and patios! We plan each project to suit your needs and expectations
BBB Rating
A+
BBB Rating and Accreditation information may be delayed up to a week.
BBB Accredited businesses follow the BBB Code of Business Practices and pay a fee for accreditation review and monitoring. Accreditation is not a BBB endorsement or evaluation of the business’ product quality or competency in performing services. 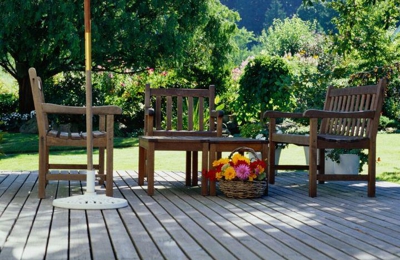 We love the new siding, gutters and garage door. Stephen was great to work with and very fair in his pricing and quality of products. His work crew Jason, Justin and Wade we're great in their workmanship and personalities. They did a great and professional job on the siding. We have noticed the difference in noise and insulation quality. Our furnace and air conditioning do 'to work as hard to heat and cool the house. Thank you very much. We tell our family and friends about you. And a thank you to Kim.

I called Stephen at Gross-Rhode Exteriors, and I am so happy I did!! They worked with my insurance company to fix my siding and I didn't have to worry about anything!

If you value your time and your property you'll avoid using this company. They don't show up when they say they will, they are rude and they damaged my property.

The first time they were supposed to do a job, they didn't call or show. When I called to see what the issue was, not only were they unable to say why their rep hadn't showed - they thought the job had been done!

I, of course, wasn't home but my neighbors were and called my wife to report an unmarked work van in front of our house and someone climbing our fence.

My wife called Gross-Rhode and they said I was a liar - that I hadn't told them not to come.

While onsite they climbed over my fence like criminals ( I gave them NO permission to enter my backyard without me home) and while working damaged my satellite TV - causing me to spend 5 hrs on Saturday with the satellite company to get that fixed (the satellite company said the dish had been hit and loosened where Gross-Rhode was working)!

I tried to get a manager but he (conveniently) was not there that day. Or the next 3 days. And then when I told them to call me in the afternoon, they called me in the morning while I was in meetings. So again, they obviously do not listen.

I never want to speak to these people again and hopefully you'll be saved from their poor business acumen too.