CareNow has not yet specified accepted insurance plans.

CareNow has not yet specified any specialties.

Biography
CareNow Urgent Care offers convenient treatment for minor illnesses or injuries as well as occupational health services. Our walk-in clinics are open 7 days a week. Try Web Check-In to wait from home before your visit.

By Appointment Only
No 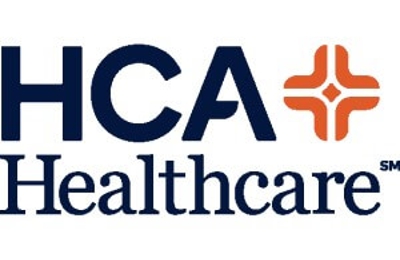 I was pleasantly surprised visiting this urgent care. Not one complaint. Wait times have been reasonable. Expertise of the staff and pleasant attitudes make a visit a good experience and this was my 3rd. So I have seen Dr. Nguyen all 3 times, I find him serious about treating you as a priority he does has a good personality and sense of humor. Nurse Araceli is absolutely the best!!! Happiness that rubs off on people. !!! She is well trained and it shows.

After becoming quite ill with asthmatic bronchitis while visiting Cedar Hill, TX, for the arrival of my first granddaughter, I checked for the best online reviews, then chose CareNow at 345 N. Hwy 67. Unfortunately, my experience was vastly different from the glowing reviews I'd read. It was crowded, so I was told I could go home and someone would call me when it was close to appointment time. So far, so good. I didn't want to sit in a room full of flu-stricken people with a Disney movie blasting at theatre-decibel levels, anyway. I returned a couple of hours later when called and checked back in with the front desk. After over an hour of waiting in the loud, crowded waiting room, I received a rather brusque call from CareNow asking if I were still planning to come back in for my appointment. When I told her I'd been back over an hour and was sitting in their lobby, the lady apologized and said they'd get me right in. I waited another hour. Desperate, I asked the front desk person how much longer it would be. She sheepishly realized she'd forgotten to put my chart in the box for waiting patients, but did not apologize. The appointment itself went fine with an attentive nurse and D.O. - or so I thought. Afterwards, I filled my scripts and started the prednisone and antibiotics they'd prescribed. The next day, I got a call from CareNow telling me the doctor realized I should NOT take the prednisone with the antibiotic they'd prescribed. Too late. The caller told me to stop taking the prednisone immediately. Knowing the side effects of prednisone, I asked what it would do to my endocrine system to do that, but she had no idea what the word "endocrine" meant, even after I spelled it for her, much less the effects of sudden prednisone withdrawal. I asked for a nurse and was told to continue taking the prednisone and she would call in another antibiotic that would not conflict with it, and to throw away the original antibiotic. By this time, my daughter-in-law was in active labor, so I picked up the new antibiotic on the way to the hospital. When we got settled, I realized the new antibiotic was one to which I am severely allergic, which the nurse had noted in my chart when I told her and I had reiterated to the doctor verbally. I called back and the nurse said she'd call in the original antibiotic to a pharmacy near the hospital, since they'd told me to destroy the original, and to hold off on the prednisone until I'd finished the antibiotic. When I picked up the third antibiotic, I realized it wasn't the original I'd started and stopped, but a third tier, less powerful antibiotic. I ended up calling my pulmonologist at home to get accurate prescriptions. I wasted an entire day waiting to get in, plus time in my role as labor coach, and money on both the visit and four wrong prescriptions, one of which could have killed me if I had taken.