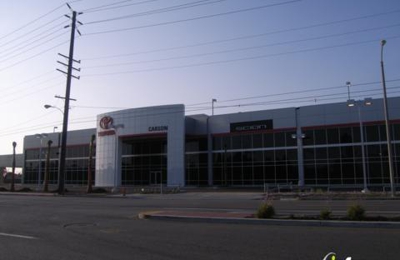 Bad, dishonest experience! I was ready to purchase a new Prius and wanted to get some numbers prior to going down to the dealership. I worked all of the numbers over the phone with the Internet Manager. When I arrived at the dealership I reconfirmed that the numbers were still accurate and would be honored. I was told that they would be, and that I needed to test-drive the vehicle. After I got back from the drive, they took all of my information then told me that my payments would be a little higher because they forgot to include destination charges. I was very disappointed and had already spent over two and a half hours so agreed to pay the extra $380. Ten minutes later, my salesperson came in and said the Manager was angry and that they could not sell me the car unless I added at least $1500 worth of extra equipment. I walked out and would never step foot into this store again.

cars are overpiced, pressure you to buy even after you tell them u not buying just looking. rip you off with your downpayment and still sell you a car 4K higher than what its worth and try to add other warranty after they tell you the car has 100K mile warranty....big liars DO NOT BUY FROM THERE!!!! honda is better and nissans....toyota is just an overpriced brand that has come down in everything..their car didnt even make the 2009 best car of the year!!!!

Robert, the fleet manager just told me there is a $3K mark up on a Prius because they were in high demand. No other dealer has told me this. Then when I argued, he offered me sticker. No way would I shop here.

I came in and they were very nice. I wanted to get a bigger car because my small car I had was not working so well. I wanted a highlander. So after 7! hours trying out different options I agreed to the terms and monthly payments. As I was driving out of there I was told the paper work does not match the vin in the car. I already signed everything and I drove out of there with a 4runner! I was MAD! never go there! They will be so nice to you at first then eat you up.

I took my friend there one time and I told her look we will not get a car I just want to argue with them and give them a hard time. Which I did and told them I will never shop here again! so please do not buy a car there. Even if its a new building and all. They will not be making any sales because I live around the area and everyone tells me that they are really bad dealership. If I were you I would try out Nissan next to it or gardena nissan. They will tell you if your credit is possible. And they will let you walk away.

Also when I kept telling the manager I didnt want to buy the car he even went down to 150 for a brand new 08 Cam. so that is wrong! and if toyota of carson is reading this, u need to retrain your whole crew!

We had bought two cars from Carson in 2003. Highly recommended by friends, and we were very satisfied too.

Well tried to buy another car from them recently. This is NOT the same place they use to be. They lied about the price, tried to bait and switch, and have to be one of the most dishonest car dealers I've ever dealt with. Complained to the manager, he admitted that they were wrong, but still unwilling to do anything. Avoid them at all costs.

We had bought the cars through Dianne Whitmire, who was the Internet manager at the time. She's now at Manhattan Beach Toyota. Decided not to buy the car from her (yet), but I would go to her long before ever going back to Carson!!!

Warning! Danger Ahead! Hyenas are out at Carson Toyota...do you know the tell tell signs of a hungry hyena? One sunny summer day I went to Carson Toyota based on a referral of a good friend who raved about the high quality service & integrity of Carson Toyota staff . I knew what I wanted & got straight to the point with the salesman re; the type of car & what I was looking to spend....I even had re-inforcments to make sure I would not be eaten up by the ""hyenas"" (salesmen & finance department). We negotiated the monthly payment & interest rate after they would not accept a loan check from Capital One with a trade in...sign #1 It turned out when we got to the final numbers guy the negotiation made with the salesman and closer didn't include all the details agreed upon...sign # 2. The numbers guy had lots of charisma & easily diverted our attention from the papers & agreement with his continuous jokes & references to his mother sign #3 before we knew it we were out the door & I was cruising my new ride. When I got home I had a message from the finance rep..I called him back & he said that I would receive a letter for declined credit but it was normal they use their own financing...sign #3. He quickly assured me that once people get to his office the deal is pretty concrete so not to worry...sign #4. I got a call at work approx 7 days later from the finance rep advising he had ""fantastic news"" & needed me to come down that evening to sign some ""additional papers"" sign #5. My husband & I arrived that evening & was greeted with "" I have some great news I found a bank, but your monthly payments & interest rate have increased my husband & I were floored so my husband asked him a serious of questions which the rep tapped dance around like fireworks were going off under his feet & tried his same charm ...the final sign. I had been hunted & wounded without a doubt so if you want the to be mangled the same as I was shop Carson Toyota...they will feast on you!

After being told how great and trust worthy and nice the staff was at Carson Toyota we were very excited to take our business there. Being women and not knowing much about car sales we put all of our trust in the Carson Toyota and sales staff hands. Going in we knew how much we could afford and ""Explained"" that to the salesman who of course tried to talk us into something different after 3 hours of negation we settled on a number all was final they would take the trade in give us a great interest rate and we only had to pay a little more than we planned. All was good until we were in the finance office and additional money was added for insurance that we were told was added when we were outside working the deal. According to the finance guy they had taken that part out of the deal so that the payments would be lower. Great we are done financed car note that we can some what afford. Lovely brand new car we are very excited. Only to receive a call 3 weeks later from the same shady finance guy telling us to come back in and sign the new finance deal for $33 more up $73 from the total we were able to pay when we walked in and from12% 14% interest. WOW very disappointed. Called in to speak with finance guy didn?t start out yelling but wanted to let him know how disappointed we were that we had been taken for a ride. No I sorry you feel that way, which was all we really needed to hear after all what can you do they have you by the **** if we had any. But he was very rude on the phone we were told no financing if ever complete when you leave a dealership. That is not what we were told when we were there. Long story short. Ladies tell your mothers, sisters, girlfriends, aunts, friends of friends, cousins and the rest of the lot. ""IF YOU WANT TO BE TAKEN FOR A RIDE, MADE TO FEEL LIKE FOOLS AND TAKEN ADVANTAGE OF AFTERYOU HAVE SPENT YOUR HARD EARNED MONEY TO PURCHASE A CAR. BE SURE TO VISIT CARSON TOYOTA THEY WILL TREAT YOU THE WAY SLEAZY SHADY SALESMAN ARE SUPPOSED TO!