General Info
Founded in 1957, Ross Dress for Less is operated by Ross Stores, which is one of the largest off-price retailers in the United States. Started as a small, family-owned junior department store chain in the San Francisco Bay Area, the company now operates more than 700 stores in over 25 states and has an annual revenue of more than $5.5 billion. It offers a range of fashion apparel, accessories and footwear for men, women and children. The store also provides a variety of infant and home d cor products. In addition, the store offers a range of gift items for various occasions, such as weddings, baby showers and birthday parties. Headquartered in Pleasanton, Calif., Ross Dress for Less operates a store in Carrollton, Texas.
Email
Email Business
Payment method
master card, visa, all major credit cards, amex, discover
Location
Trinity Valley Shopping Ctr
Neighborhood
Northeast Carrollton
AKA 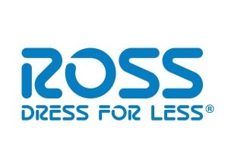 I bought my girl friend an amazing dress for a crazy price!!

They have nice dresses for no money!

I had the misfortune to go into the Ross store on Josey in Carrollton today. I had not been in a Ross store for about 7 years or so. Wow, what a change (not a good one). The store is junky and there are employees all over the store ""yelling"" in several foreign languages. It was very annoying. I did not look through the clothes as it seemed to be a big mess. But I did purchase several houseware items. The baskets are very small and it was difficult to maneuver by stacking the items into the basket. When I went to check out, the checkout man did not speak to me, and had a very small space to stack anything that he rang up. It was very difficult for me to hand him items and find a place to put them. I had to ask that the fragile and breakable items be wrapped (which amounted to one thin plastic bag). After paying, I was unable to get everything into the basket (all of the bags), so I told him I would take some to the car, then come back for the rest. As I started toward the door, a girl (who did not speak english well said something to the effect that I could not take the basket out of the store and to may car!!! They had this giant pole on the basket so it wouldn't go through the door. I asked if anyone could speak english because I couldn't believe what I thought I had heard her say. Someone pointed out the manager to me and I asked to talk to him. He kept his back to me, and did not come over to discuss anything, but simply asked someone else to come talk to me. Wow, now that's real management, huh? Another man said I would have to leave my PURCHASED and paid for items in the store and go out into the parking lot, bring my car up to the fire lane and park in front of the store!!! Then I could take my bags out. WHAT???? I went to get my car, and when I came back to the store (my paid items still sitting in a basket in the store), there was another car in front of the store, so I had to back down and go in the opposite direction. I opened the back of my suv and went into the store to carry as many bags as possible. After a few trips, I said to the man that I had some more bags at the register. When I went there, they were gone! He had just put them on the floor out in front of the store at another one of the registers. There were breakables, and I didn't even know if I actually got everything I paid for, since there were a lot of people walking around that area. In the meantime, my car was having to be closed, locked, unlocked, etc. I went to the manager who was now at another register and asked why in the world we couldn't take our purchases out of the store in the basket and roll them to our car in the parking lot. He said (barely acknowledging me) that it was ""corporate"". He really acted as though he couldn't have cared less about what I had been through. I have never heard of anything that stupid and told him I would probably return everything. After my husband heard the story, he said that is definitely what I need to do. I was so frazzled that I just left. That place is unbelievable! There are many other retailers out there who have sensible policies, employees who speak english, and offer customer service. And even managers who ""care""!