Investigating New Ways To Better Care For Your Pets. Call Us Today! 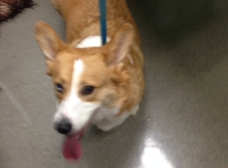 They are truly the best vets in Carrollton. Always really good with our 2 little doggies. They are so gentle and loving when examining or giving them shots.

What a great clinic. I came here 8 years ago for a second opinion and stayed ! The doctors are incredible, the staff couldn't be any better. It's more like a family than just taking your pet to the doctor. They always follow up to check on your pet's progress. The referrals have been to excellent specialists. The facility is always very clean. Food is available for purchase and they assisted me in chosing the right kind of food that best fits my dogs needs. Eveyone in this office has been wonderful to me and I just can't say enough good about them. If you need a vet, this is the place to go.

Best vets ever!! Knowledgeable and friendly staff who genuinely care about your pets. They give you different options for treating your pets and they don't try to sell you something that your pet doesn't need. They try hard to keep the costs down for you when your pets are ill. Best of all when your pets are terminally ill they have low cost options for you so you can get a few more quality months together with your beloved pets. They have treated five cats for me for over 20 years and I couldn't ask for better vets.

I brought my three year old papillon in for an exam, after we found him shivering and yelping in pain.

I left the so called appointment, angry and very disappointed They took no information, no medical history. They only weighed him and took his temperature. They did not check his eyes, ears, mouth or any of the things that are part of a routine exam. I asked on the phone specifically if they could tell if he had a blockage from an exam and then was told, that they could not. They said unless I paid $250 for x-rays they had no clue. They then tried to charge $25.00 for a small bottle of pain medicine, that upon a call to another vet found out they are only 55 cents each. I left after paying $50.34, for absolutely nothing. I was home so fast, my family didn't even know I had left. I was so mad when I got home, that I called two other vets, who were shocked at my treatment and the price. I had to make another appointment with another vet. I will never be back there again. I just pray nothing happens to my dog until he can be seen by a vet who cares.

I have been doing business with this vet clinic for over 20 years and I cannot say enough good about all of them.

The Doctors are all wonderful, knowledgeable, caring people that put the animal's welfare first. And the staff is just as great and have a big heart for all the animals that come to see them.

I have golden retrievers that always love going to visit the vet's office -- now that has to tell you something!!

They have always supported my work with the rescue groups as well as my therapy dog group activities, so that speaks volumes of their character as well.

I am their biggest fan and will always recommend this clinic to all I meet .

I came here 7 years ago for a second opinion. It only took that one visit and I knew where my pets needed to be.The office is always clean, no pet odor, including the exam rooms, boarding ares, etc. The doctors are incredible, very thorough, and explain things to you so you understand before you leave the office. They refer to other top notch specialists. The staff, well, I can't say enough good about them. They are just GREAT! You can tell everyone really cares about "your" pet and treat them like they were their own.

We have been going to the clinic now for 20 years, going back to the Dr. King days. And, over 2 dogs and 1 parrot. They always take great care of us and our beloved pets, even when we are far away. The Doctors and staff are friendly and great at what they do. We wouldn't take our pets anywhere else.