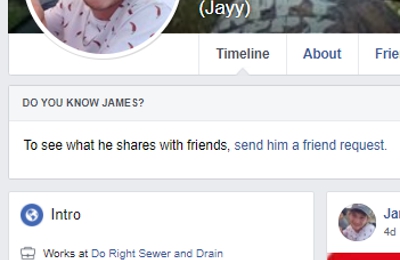 He came and claimed it was fixed after tearing the water heater apart and replacing a part. He charged me $385 cash. Left saying it was ok and would take a little while for the heater to put out hot water. Not true. He never even had electricity going to it and left without even turning the water back on. I had to get someone else to fix it and the heating element he took out of the heater and replaced was not bad. The problem was in the circuit breaker. Shortly after messing up my hot water heater and charging $385 the guy left and blocked me on FB. But not I found out his name is today and its James Harrington