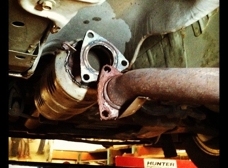 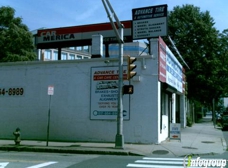 I went to advance muffler and brake based on its amazing reviews. I was a return customer who had done previous muffler work with them and in general was pretty happy. Then, I went to them with serious situation. I desperately needed new brake pads and routers. I had a lot of grinding going on. I got quoted around 800$ for the work and the parts, which is definitely on the high side. The jeep I was plugging the stuff into was only worth about 1200 blue book so I told them flat out that I didnt think it was worth it for the 800 in parts and service and was considering boxing the car. I then got a huge lecture about how we were putting way less into an old car as most of their other customers and this jeep would have several years left if we kept up with 600$ average of yearly maintenance for a 10yr.+ old car. I asked them to evaluate whether this car was reasonably fit to live for another year at least and I was told, ""yes"". Got the job done, and when I went to pick it up I was a little freaked out at just how thankful they were.

Less than a month later, the car was completely dead. Crank shaft had been making a ton of noise for months which I had just chalked up as ""jeep sound"". But no, it was the rods banging up against the block signaling that they needed to be worked on. They shattered on the highway and the car is dead. I'm an idiot for not knowing what this obvious sound was telling me, but when I ask advance muffler to evaluate what this car will need in a year and whether it will live, and they tell me ""well we did that but we only looked at the brakes and muffler,"" thanks for nothing. The car was rattling around on start, it was significant, it was diagnostic of a motor problem, but it was ignored and communicated to me in false confidence.

The guys gave me a way too high estimate nearly 100% more than the dealer I went to charged me which was amazing for me. I would never go there again. Please be careful with any estimate they give you!

I had an almost flat tire this morning and by mid afternoon it was fixed and ready to go. They gave me a new tire for a fair price and they charged minimal labor time (even though they had to ship the tire from their warehouse!).

Their customer service was excellent and I would recommend Advance Tire to anyone.

I highly recommend these guys. Their work is quick, but high-quality. They will explain to you what is wrong, how to fix it, and exactly how much it will cost. Their prices are also fair (i shopped around). They are quick, honest, and are not pushy at all. If you need your car fixed, go here, they're great.

This place is convenient if you work in the Kendall Square area, but if you go here, bring a guy who knows about cars.