You are hiring a local recycling company that is, owned by a local guy George T. Washington that is committed to being honest, and reliable. We are located in Buzzards Bay, MA. I have small and large trucks ranging in sizes to 15 yards. We are available for all non-hazardous junk! We can handle single Items to complete clean-ups and clean-outs of any size properties. 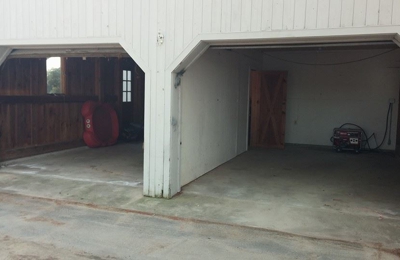 My job had several large items to go to dump ... overstuffed long sofa .... that kind of thing, plus moving some furniture around in the house and such. All work cheerfully and carefully done !! Second time I have used Affordable Hauling owned by George T. Washington, and will not be my last ! VERY PLEASED, Cape Cod Affordable Hauling DOES take great care of it's customers ! EMH POCASSET

We needed to have a large futon couch removed and disposed of. Cape Cod Affordable Hauling did a fine job. They came, by agreement, the morning right after our evening call. They arrived promptly and were polite, careful in moving the item around other furniture and through a doorway, and did the work at a reasonable price. We were quite satisfied and certainly will contact them again, when needed.

So I sold my moms house today and had to have all her personal belongings out asap!! I saw and ad on craigslist so I called it. A gentleman answered "Good afternoon affordable this is George how may i help you"? I told him my situation and no lie in 35 mins he was at my house with a trailer and two other guys, who by the way were funny and enjoyed there job. Long story short, I would use them again and refer them to anyone who needs prompt, courteous and professional service. Thanks again guys!!!
Darren

Completely unprofessional. Changed business terms with my mother during a snow storm. I am a soldier currently with active duty military preparing for a deployment, I get an emotional phone call from my mother informing me that the plow that she contracted to clear her driveway is now demanding cash to plow her driveway (change in agreed terms) and demanding more money. I attempted to call this gentleman and ask his side of the story, to which I was promptly hung up on several times before I gave up. This man does not support the troops and was very unprofessional. I am getting ready for a deployment and this is the absolute last thing I need to worry about right now.

Great rates and fantastic service! Was right on time and only took minutes to load an entire truck. Took more construction material than I had planned for and gave me the same low price. Love hiring local workers that work hard for local residents. Thank you George!

These guys are awesome! George and his workers were professional, polite and very fast. They moved my things quickly and efficiently. I was moving from New Bedford to South Yarmouth. Another moving company quoted me a price of $550 dollars. George moved everything for just $385! The move included a huge old fashioned 32" TV that took all three workers to move with no complaints. They even gave me a ride to my new apartment. It was a smooth and seamless move. If I ever need to move again, I will definitely use this company again. I highly recommend them to anyone who is planning a move. Great job, guys!

In need of having the contents of a storage unit taken to their final resting place, I called George after being blown off by another person. He had a full day already on the books, but penciled me in and we got it done....and on very short notice ! I'd recommend George to anyone. Great communication skills, and prompt !

George and his crew were met with a big challenge and came through. We were prepping our parent’s home for an estate sale and hired George to arrive on a Saturday morning. By the time we bagged, boxed, tore down and arranged everything we had quite a lot of stuff. You name it, we had it; refrigerators, bikes, toys, curtain rods, construction material, books and just junk. Some was outside and easily accessible but about 50% was in a basement accessible through a bulkhead in the back of the house. Admittedly what I described to have picked up was less than what it turned out to be. George and two others arrived on time. He told me that what he had quoted would probably not cover his costs. I felt that was fair and told him we would work out the financial part, my biggest goal was to get everything removed. They did that, on time and for a reasonable price. You cannot go wrong with George.

Made the call to Cape Cod Affordable Hauling, got a return call within minutes from Mr. Washington. Completed a short simple form online, received a reasonable quote almost immediately and had the job scheduled within a couple of days.

George and team did an outstanding job removing an old rotting shed with junk inside. They not only removed the shed and junk but they raked the spot clean and left nothing behind. The clean-up work was exceptional.

This business is reliable and professional and run by a gentleman that understands customer service. The team showed up at the scheduled time, completed the work on schedule and within the quoted price. I would highly recommend their service.

Call George right now. Don't bother shopping around. George and his team will haul away anything you need, and make trips if needed. One price for all the work.

Thanks George- we'll see you when the next project is started.

Many thanks to George and John for their efficient, prompt and thorough removal of a mountain of brush at my home on Saturday 7-27-13. George runs a very professional removal and hauling business, arriving on time at 8am, and quickly moving the mountain uphill, clipping the branches, bushes and brush to be sure to fit the whole load on his truck! All of this was accomplished exactly to the quote he gave to me on the Friday before. I highly recommend Cape Cod Affordable Hauling and look forward to working with George as needed in the seasons ahead.

George and his team were amazing. They were professional, courteous and efficient. They are also so personable, easy to speak with and easily trusted.

George is responsive and extremely helpful. We spoke in the afternoon on a Saturday and they were there bright and early the next day. The team's hard work made such a positive difference to our new purchased cottage. It is because of them that we are actually now able to enjoy our new place.

I called at 6:00 PM for an estimate and they were at my door at 7:00 am the next day ready to haul away the trash! I was impressed with the professionalism, efficient, and fast-paced service of Mr. Washington and his help. Even when I added tasks, he completed them with a smile! He unloaded 4 years worth of crap collection in less than 2 hours and left my home looking great. There was no remains...nor did I have to go back through and pick up little stuff. They took it all.

I called Affordable Hauling, and George quoted me a price over the phone. Once they got to the house and loaded the truck George realized he under charged me, but did not charge me any additional. They were courteous, arrived on time and did a wonderful. I will use affordable again in the future if the need arises and I will highly recommend them to all my friends.

Great service. Contacted on a Friday evening and showed up first thing the next morning (on a Saturday too). Highly recommended!

George & crew were great! Arrived at appointment time for review of the work & started immediately thereafter. Work was rapid and efficient as well as being very proficient. He & his crew trimmed trees, hauled away brush & construction debris and cleaned up the entre work site in a professional manner. He couldn't get all the debris in one load, so he came back the next day as agreed to finish the job--even after having been paid in full the previous day! And, as advertised, he was affordable. I would definitely recommend him & his hard working team to anyone.

George was great he showed up within a few hours of calling with a great attitude and a humble helper. He quickly picked up everything I needed and at a great price.

Simple, one easy call and George was at my house and READY to work. He gave me an excellent estimate and had the work done fast. Its a good family run small business, He works hard to make you happy and best of all he doesn't nickle and dime you with all the little stuff.

***Attn homeowners thinking of a clean up***

Don't rent a dumpster, Call George he will beat any dumpster rental price. They load everything and can fit more on his truck then you can fit into a 15yd dumpster.