Just For Kids Dentistry has not yet specified accepted insurance plans.

Just For Kids Dentistry has not yet specified any specialties. 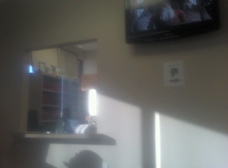 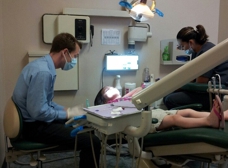 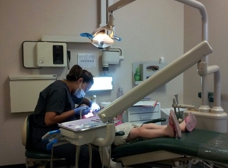 They have been our dentist since my son was 8 now he's 21 years old. I also take my other children. Never had a bad experience. My younger nieces had bad experiences with other dentists when they first came in they began crying the staff where very kind and understanding about the reactions. They sent in for approval to remove teeth, by putting them under. They got them taken care of quickly. I highly recommend them.

I recently had a very upsetting experience with the billing department at Just for Kids Dentistry. I had taken my kids for their cleaning in September 2016. My family has double insurance coverage for dental and we had actually “met” our outrageous deductible on our health insurance for the year. I told them at the time of the visit that we had double coverage and that there would be a credit after the insurances both paid. They told me they would send me a refund check.
Well, when I brought in my kids again in May 2017, I inquired about the credit and they stated I didn’t have one. So, I asked for a copy of the billing. In reviewing the billing, it looks like they had taken the money from both insurance companies and then “wrote off” the credit to themselves. When questioning Moriah in the billing department, she basically told me I was cheating the insurance company by wanting the credit back. She also said she had already wasted a lot of time calling the insurance companies and quite frankly was rude and ignorant and would not listen to my side of the story.
I have spoken with both insurance companies when this issue came up in the past, and was told by the one that they were the primary insurance. The other one (BCBS) said quite frankly they would not coordinate with other insurance and would pay as primary. I called them again (just to humor Moriah) knowing what they would say, and they told me the same thing. So essentially both insurance companies stated they would not “coordinate” benefits. When trying to explain this to Moriah, she frankly stated that I was “cheating” the insurance for wanting the money back. (Even though I am the one paying the outrageous BCBS premiums). I feel if anything, Just for Kids Dentistry are the ones being dishonest in keeping the money. If they don’t feel it is mine, then they should send it back to the insurance company.
In my opinion, even if a business feels they are in the right, they shouldn’t “slander” their client and call them dishonest, especially when it’s not even an issue of whether they paid their bill or not!! I felt not only cheated by Just for Kids Dentistry, but disrespected by the billing person.
I want to add also, the technician that treated my oldest daughter was not at all patient with her and had her scared and crying. She has never had an issue with the previous dentist, so I will be returning to them.